All box office regions have reported some notable positive news in recent days as recovery continues to be seen in different pockets around the world, according to the latest research from London firm Gower Street Analytics. However, the report continued, arguably the most important was the re-opening of Los Angeles. Coming just a couple of weeks on from the re-opening of another key Domestic market, New York City, the re-opening of Los Angeles (and a number of other counties) boosted California’s market share of open theatres from 13 percent a week ago to 45 percent this past weekend. 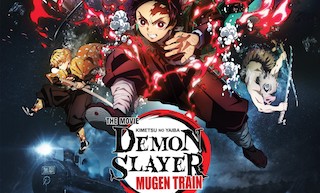 The Domestic market as a whole is now up to 55 percent of movie theatres open by market share. With the news coming this week that the Cineworld-owned Regal circuit will begin re-opening its US theatres in April further boosts to the Domestic market are shortly anticipated.

But the good news this week wasn’t limited to the Domestic market, with the Latin American, Asia Pacific and even EMEA regions posting some positive recovery developments.

In Asia, the latest film in the anime franchise Evangelion 3.0+1.0 Thrice Upon a Time which last saw a new installment back in 2012, is already up to $45.5 million in Japan after its second official weekend, where it remained number one. Meanwhile Japan’s all-time number one, Demon Slayer The Movie: Mugen Train, continues to dominate in Malaysia since the market re-opened at the start of the month and is once again climbing in South Korea in week eight. Global box office on the title – which will receive a North American theatrical release April 23 – now stands at $412.5 million.

Even Europe had some good news this week with the market share of cinemas open in Spain jumping back up to 63 percent, having dipped below 50 percent in recent weeks. A smaller glimmer of hope may also have been glimpsed in Austria where the small region of Vorarlberg saw cinemas allowed to re-open this past weekend as a test case. The market share of cinemas open across the EMEA region is now 20 percent, up from 18 percent a week ago.

Gower Street said overall global market share of open cinemas hit 62 percent this past weekend, the highest it has been since mid-November.