Jurassic World: Dominion roared into the global number one spot in its second weekend this week, according to the latest report from the London-based analytics firm Gower Street. The film delivered an impressive $320 million weekend, bringing its global total (including the markets where it opened a week ago, which included Latin America, Italy, South Korea, and Hong Kong) to $389 million. Meanwhile, around the world, box office numbers continue to rise at a solid pace. 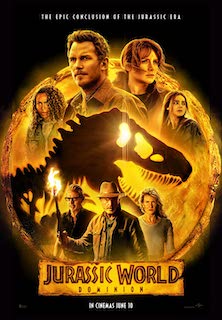 The third instalment in the sequel trilogy, or final chapter in the six-part Jurassic saga as it has been positioned in marketing, delivered a $145.1 million Domestic opening, falling less than two percent short of its 2018 predecessor Fallen Kingdom. It surpassed the openings of that film in UK/Ireland (+11 percent) and Australia (+16 percent), while hewing close to it in France (-8 percent) and Germany (-15 percent). Among new major European openings only Spain (-37 percent) saw a more notable drop from Fallen Kingdom, but the previous film had overperformed in Spain comparable to other markets having been directed by homegrown talent J.A. Bayona.

Japan does not open Dominion until late July. The film also drew the best opening for an import title in China ($52.5 million) since Fast & Furious 9 ($126 million) in May 2021! The opening alone has already easily out-stripped lifetime Chinese grosses for all 2022 import titles so far, including The Bad Guys ($40.3 million), Fantastic Beasts: The Secrets of Dumbledore ($29.6 million), and The Batman ($25.5 million). This marks a positive direction for import titles in the Chinese market but is still a far cry from the $111.75 million opening of 2018’s Fallen Kingdom. The market share of open cinemas in China topped 80 percent this past weekend for the first time since mid-March. Much like last week’s openings, the holds in week-two markets were mixed. The film enjoyed strong holds across Latin America, including Brazil (-24 percent), Argentina (-25 percent), Panama (-30 percent), Chile (-31 percent), Colombia (-32 percent), Peru (-37 percent), and Mexico (-43 percent).

Hong Kong slipped -50 percent. However, Italy and South Korea suffered more notable drops of -63 percent and -66 percent, respectively. Not to be brushed aside, Top Gun continued to deliver strong business in week three, despite the heavyweight competition, adding another $103 million to bring its global gross to $747 million.

The Domestic total is now $395.1 million and already Paramount’s third biggest ever release behind just Transformers: Revenge of the Fallen, which it will overtake later this week and Titanic. Titanic was handled by Fox internationally. Paramount’s biggest ever global release is 2011’s Transformers: Dark of the Moon ($1.14 billion), just ahead of franchise follow-up 2014’s Age of Extinction ($1.11 billion). However, it should be noted that China and Russia accounted for $210.7 million of the box office on Dark of the Moon and $374.6 million on Age of Extinction. Without these territories (where Top Gun: Maverick has not released) those totals would be $931.7 million and $733.4 million, respectively. 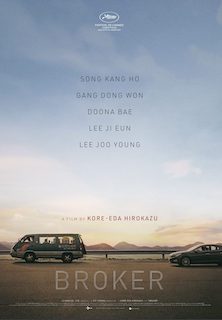 Special mention should also go to the continuing box office strength in South Korea, manifest this week by an extraordinary opening for veteran director Hirokazu Koreeda’s Broker. The film, which won the best actor prize for Song Kang-ho at the Cannes Film Festival in May as well as the prize of Cannes’ Ecumenical Jury, opened at number two with $6.19 million inc. previews ($5 million for the standard four-day weekend) from 773,000 admissions (621,000 admissions four-day).

The phenomenal result was not only Koreeda’s best ever opening, but single handedly out grossed the collective lifetime box office of all his previous releases. Koreeda’s previous best performer was his 2018 Cannes Palme d’Or winner Shoplifters ($1.29 million; 174k admissions). Meanwhile local smash hit The Roundup continued to dominate the Korean market at number one in week four, dropping just -33 percent this past weekend. That film is already the pandemic-record holder, having surpassed Spider-man: No Way Home ($63.4 million, 7.55 million admissions). It crossed the 10 million admissions ark this past weekend (10.5 million). It now ranks at the fifth highest-grossing local title of all-time in South Korea ($85.8 million), although it is sixteenth in admissions terms.

Having overtaken China to reclaim its global number one market crown in late May, the Domestic market continued to eat into its deficit against the pre-pandemic three-year average in 2022, reducing it to -38 percent (from -41 percent a week ago!). The year to date stands 282 percent ahead of 2021 at the same stage. The Domestic deficit against the pre-pandemic three-year average is now smaller than China’s (currently -41 percent). The International market (excluding China) also continued to reduce the deficit, which now stands at -35 percent (from -36 percent a week ago). It is 166 percent ahead of 2021.