Gathr Showcasing Remastered Version of On Any Sunday

Media company Gathr will showcase the re-mastered and digitally enhanced 50th anniversary edition of the Oscar-nominated 1971 documentary On Any Sunday via its fan-driven cinema distribution model Theatrical on Demand.  The documentary, financed by and starring movie icon and motocross weekend warrior Steve McQueen, is regarded as the best film ever made on the sport of motorcycle racing. 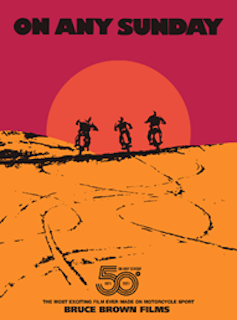 “At SI Tix, we are committed to giving fans the opportunity to enjoy the best live event experiences the world of sports and entertainment has to offer,” said David Lane, CEO, SI Tix by Sports Illustrated. “On Any Sunday has a unique and special connection to Sports Illustrated. Steve McQueen’s appearance is one of the most iconic covers of the magazine and we’re thrilled to partner with Gathr to debut the anniversary edition of this historic film to our millions of fans.”

On Any Sunday, a Bruce Brown Films documentary directed by Bruce Brown (The Endless Summer), was nominated for the Best Documentary Academy Award in 1971. The original film was financed by Steve McQueen’s Solar Productions and features motorcycle racing enthusiast McQueen along with two of the sport’s icons: Malcolm Smith and Mert Lawwill.

On Any Sunday is credited with changing stereotypical attitudes of bikers and influencing the boom of motorcycle sales in the 1970s “I was inspired as a nine-year-old kid to ride motorcycles and BMX bikes when On Any Sunday first came out in 1971,” said Todd Huffman, producer/director for Pipeline Digital Media, who is producing the remastered version. “Now, 50 years later this remastered re-release allows new generations to enjoy the film on the big screen for the first time.” 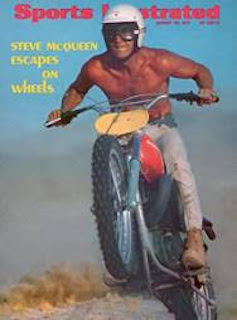 Brown, who passed away in 2017, was determined to capture the sport of motorcycling from his own unique perspective and lens.  He directed his camera at the action while focusing on the various disciplines of motorcycle racing and the community shaping it.  Highlights include movie star Steve McQueen’s real-life weekend warrior racing in the desert and at the famed Elsinore Grand Prix; legendary racer and designer Mert Lawwill’s attempt to regain his Grand National number one place in dirt track and road racing, and icon Malcolm Smith’s other-worldly skills at the International Six Days Trial and at Baja.

A pre-recorded panel with film principals Lawwill, famed motorcycle racers Dave Aldana and Keith Mashburn and Dana Brown, son of the legendary director, will be shown at every Theatrical on Demand screening.

“It’s tremendously rewarding to bring this iconic film to a new generation of fans through Gathr’s Theatrical On Demand,” said Gathr CEO Scott Glosserman.  “Films like this can illuminate the allure of a sport in visceral ways and I’m thrilled that the mystique and accomplishments of these great athletes will find greater acclaim.”

When Todd Huffman brought us this opportunity with Gathr, we asked ourselves what Bruce would have wanted,” said Alex Mecl, president and CEO of Bruce Brown Films.   “And that was for as many fans as possible around the globe to enjoy this fully re-engineered classic on the big screen.  The remastered version is truly stunning. It’s exciting and beautiful all over again.”

Yamaha, which was the major sponsor of the original film, is offering all eligible Yamaha dealers 50 percent co-op funding support for On Any Sunday screening packages.