Fathom, Paramount Bringing Transformers Back to the Big Screen

Fathom Events and Paramount Pictures Home Entertainment are bringing the original Transformers film back to movie theatres nationwide in celebration of the movie’s 15th Anniversary. 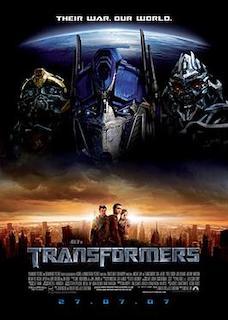 From director Michael Bay and executive producer Steven Spielberg comes the thrilling blockbuster battle between the heroic Autobots and the evil Decepticons.

When their epic struggle comes to Earth, all that stands between the Decepticons and ultimate power is a clue held by a young man named Sam (Shia LaBeouf). Teaming up Bumblebee, an Autobot disguised as Sam's car, the heart-pounding race is on, against an enemy unlike anything anyone has seen before.

The film will play in theatres nationwide through Fathom Events.  Check the Fathom Events website rto purchase tickets and for the time and date the movie is playing near you www.fathomevents.com.