Following recent decisions requiring the closure of cinemas across a number of European countries in response to spikes in COVID-19, European trade body the International Union of Cinemas in a statement today renewed its call to national governments, the European Commission and the European Parliament to provide further public funding support to the sector to ensure that cinemas are able to survive the ongoing challenges presented by the COVID-19 crisis. 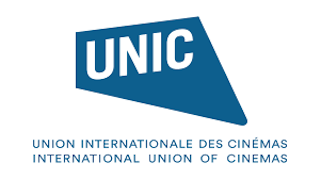 This is undeniably the most challenging period faced by European cinemas in their long history, the statement said. The coronavirus pandemic has dealt the sector a devastating financial blow, one from which the industry will undoubtedly take a long time to recover.

The lack of major studio releases in recent months and the ever-changing need to respond to government recommendations - very often given at short notice - have resulted in massive uncertainty and risk causing irreparable damage. To say that the industry faces an existential challenge is no overstatement.

All of the evidence points to cinemas being one of the safest indoor spaces in terms of COVID-19 infections, the statement added. It is worth again saying that not a single outbreak of COVID-19 anywhere across the globe has been traced to a cinema, multiplex or public screening venue. Audiences have responded well, been reassured of their safety and, when new films have been available, returned in strong numbers.

The statement concluded, “Today we call on governments across Europe to recognize the unique social, cultural and economic value of the European cinema industry, and to provide the funding support it so desperately needs to survive this unprecedented period.

“For decades, cinemas have contributed significantly to the GDP of each territory and paid billions in taxes. In 2019 alone, European cinema box office reached €8.8 billion. Cinemas employ tens of thousands of people across Europe, supporting the entire film industry, from production to distribution, as well as many other businesses, including the local shops and services which benefit from having a Big Screen on their doorstep.

“Urgent financial support must be made available for the industry and, looking ahead, cinemas must be included in national recovery plans – both as part of, and alongside, the ‘Next Generation EU’ programme. Furthermore, we urge national governments, the European Commission and the European Parliament to ensure that the conditions linked to such support are neither unrealistic nor an obstacle to recovery.

“The criteria for aid should take into account factors such as the many jobs created by cinemas, both directly and indirectly, as well as their huge impact on the supply chain and local businesses. Should adequate and swift support not be provided, the potential consequences in both a cultural and social sense would be nothing short of catastrophic.”

The International Union of Cinemas http://www.unic-cinemas.org