Today, 10 founding companies and 50 forming companies have announced their collaboration to create the entertainment industry's first association focused specifically on entertainment globalization. The Entertainment Globalization Association has been formed to create a closer connection to the creative community to better facilitate the retelling of their stories for global audiences. Globalization is defined as dubbing, subtitling, and audio description services, which allow content to be consumed in languages other than the original version. The founding companies of the association are Audiomaster Candiani, Deluxe, Hiventy, Iyuno Media Group, Keywords Studios, Plint, SDI Media, Visual Data Media Services, VSI, and Zoo Digital.

The additional 50 companies represent high caliber service providers from all around the world. 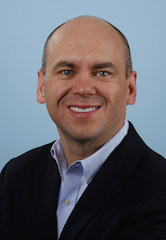 The association is primarily focused on creating educational resources, localization standards and generating consumer impact research of localization. Chris Fetner has been named as the managing director of the association. Before this role, Fetner led Netflix's content localization vendor strategy for nearly a decade and is widely regarded as an industry transformer among entertainment localization companies.

"I feel incredibly fortunate to be given the opportunity to work with these leaders in localization, every company in the association is an outstanding contributor to sharing stories globally, and I'm excited to see how we can all work together to help creatives share their stories more broadly," said Fetner.

According to Grand View Research, the entertainment industry will experience incredible growth over the next five years that will largely be driven by expanding streaming platforms moving outside of their domestic offerings into international markets. Entertainment globalization plays a significant role in this expansion by extending intellectual properties into new languages, regions and experiences by providing audio localization (dubbing), subtitling, and audio description.

With streaming platforms providing opportunities for global reach, creative talent and producers alike have realized that quality globalization plays a critical role in the success of a production.

The new understanding is that globalization is less of a science and more of an art form that needs to be incorporated into the production process to ensure that stories are resonating with their global audiences. The EGA has been formed to give creative talent a resource to build their competency around globalization and a set of motivated partners to help them entertain audiences all over the world.