ECA Adds Mathe and Correia to Board of Directors

The Event Cinema Association has named two people to its board of directors. They are Katrin Mathe, international event cinema manager for Kinepolis and Laura Correia, vice president film & event cinema, National Amusements. The additions firmly cement the renewed direction for the ECA in 2022, the ten-year anniversary since the association was established. The appointments are part of a particular drive to increase the organization’s visibility, which was started by Grainne Peat, who became ECA’s managing director in 2018. 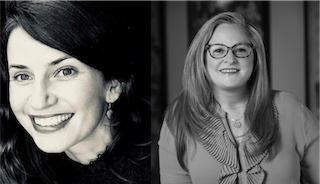 The appointments of Mathe and Correia bring gender balance to the board – something rare in similar industry bodies. They also clearly solidify the growth and strength of the organisation’s relationship with exhibition and its commitment to taking a more global role in the event cinema sector.

Mathe said, “On behalf of Kinepolis, I am very honored to join the ECA board and provide input on the various work strands for the ECA.”

Correia has been a part of the cinema exhibition industry for 25 years. Her various roles at National Amusements have focused on film and content programming for the US and international markets. A vital element of her tenure has been the relationships fostered with studios and event cinema distributors worldwide. For the past decade, she has managed and advanced National Amusements’ Event Cinema program, utilizing her global expertise to create new opportunities for in-theatre programming. This year, her role expanded to include film buying and programming for National Amusements’ New York market.

Correia said “National Amusements has always been a strong advocate for event cinema. The Event Cinema Association’s mission to grow and raise awareness for the sector is essential, especially at this crucial point in our industry’s history. I look forward to advancing this mission, and I am delighted to join this talented and diverse group.”

“This truly feels like a historic moment for the ECA,” said Peat. “Since being in the post I have truly admired both Laura and Katrin; both are exemplary leaders in their field and while they may feel honored, it is in fact me who is honored to have them on the board of directors.

“When I started in the position, we amended our Articles of Association to enable us to recruit more directors, but it was a process I didn’t want to rush. I wanted to ensure that I would be supported and represented by a high-calibre Board to help deliver our vision for the ECA. We still have two vacant positions on the Board that we will look to fill in the coming months.

“Going forward into 2022, it definitely feels that the ECA is back on the upward trajectory we had achieved pre-pandemic. We have a full schedule planned and as always, there are lots of new areas we want to explore such as gaming, sporting events and anime. We need to start looking at the next generation of event cinema audiences and share this information across our global network. It certainly feels like we have turned a corner and have an exciting year ahead.”