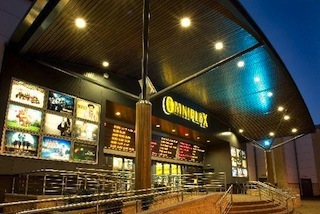 Last December in Cork, Ireland cinema chain Omniplex officially opened the country’s first theater to be equipped with Auro 11.1 immersive sound by Barco. Along with a 19 by 90 meter OmniplexMAXX screen, it was part of a major refurbishment project. The new theater also includes a Barco digital cinema projector capable of showing 3D films at high frame rates.

Customer response since the opening has been enthusiastic, said managing director Paul Anderson adding,“The new OmniplexMAXX screen and Auro 11.1 sound system in Cork are phenomenal. Undoubtedly the city now has the premier cinema in the country and is on par with the best movie theaters in the world. The first OmniplexMAXX in the Republic really has to be experienced to be believed – Hollywood has never looked or sounded so good.”

Paul Anderson, owner of Omniplex Cinemas and member of a family with deep roots in the Irish film and cinema history, is confident that a true cinema experience can never be replicated at home. Ever since its incorporation in 1991, Omniplex has invested heavily in theater comfort and cinema technology.

Omniplex has been a Barco customer for many years. All of its 22 cinemas, across the Republic of Ireland and Northern Ireland, feature Barco digital cinema projectors. “Barco is delighted that Ireland’s leading cinema group has chosen to complement 3D and HFR 3D with our Auro 11.1 immersive sound format to add that extra dimension,” said Tim Sinnaeve, market director digital cinema. “We share the group’s vision that cinemas should offer a total and unique experience that cannot be replicated at home. It’s exciting to see our projection and audio technologies come together to make that happen.”