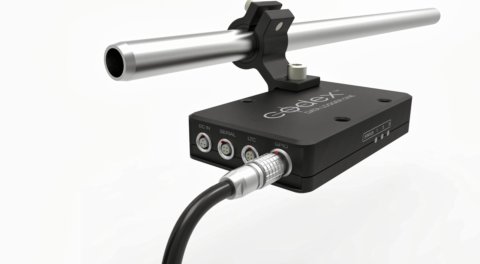 Codex is demonstrating new products, including Codex Review, Vault 2 and Data Logger One at the International Broadcasters Convention in Amsterdam.

Codex Vault 2 facilitates extremely fast transfers of camera originals creating onset safety copies, archiving to LTO tape and automated production management, image and metadata QC, powerful look management and review of all media. It has been embraced by some of the industry’s top camera rental houses including Take Two, Movietech and the Arri Rental Group, as well as movie and television studios such as Marvel, HBO, Televisa and Disney. Vault 2 provides for a simple, streamlined workflow for Red, Sony, Arri and Canon cameras.

Recognizing the need for on- or near-set playback, the new Codex Review allows for playback of digital camera originals directly through Vault for QC and review on a calibrated monitor. It contains a full color pipeline and is ACES-compliant so that dailies can be seen as the cinematographer intended. A thorough QC can be performed with easy panning and zooming using a control surface. An intuitive user interface with a sophisticated timeline enables issues to be flagged and a report generated.

Codex’s new Data Logger One is a single-channel, serial data recorder that can be mounted on the camera bars. It captures metadata directly from a number of devices including the Preston FIZ Controller and Cooke /i lenses. This invaluable data can include focus distance, depth of field, focal zoom position, inertial, GPS and iris settings, all of which can be used by post production and visual effects teams. Codex provides options to get this metadata to the people who can use it – an open interchange format to move data to Pixel Farm’s PF Track or the data can be translated and processed directly.

Codex will also be showing the award-winning range of Codex Onboard recording solutions and the recently released internal recording module, co-developed with Arri, for Arri’s Alexa camera. The XR Module allows internal recording of ArriRaw at speeds up to 120 fps (16:9) onto an exceptionally fast 512 GB XR Capture Drive. The module facilitates untethered shooting in a smaller camera configuration. All new Arri Alexa XT cameras include the XR Module. Alexa XT cameras with internal Codex recording have already been used on major feature films such as X Men: Days of Future Past, Birdman, Hercules and Guardians of the Galaxy.