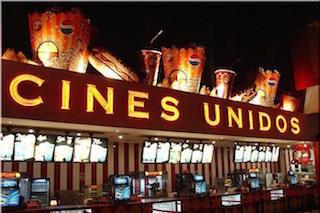 “Toshiba is thrilled to become the technology partner of a company that has entertained Venezuelan movie enthusiasts for more than 70 years,” said Bill Campbell, Toshiba Global Commerce Solutions vice president, head of Americas. “We are additionally excited about collaborating with the Cines Unidos team to better enable their associates to operate more efficiently while presenting their patrons with a superior customer experience.”