Audiocastle Partnering with One Thousand Birds

Audiocastle has announced a partnership with One Thousand Birds. Audiocastle co-founders Adam Robl and Shawn Sutta were first introduced to One Thousand Birds in 2019 when the two companies worked on the score for the film Poser. Impressed with OTB’s creative approach to designing audio, they began talks with managing partner Andres Velasquez. 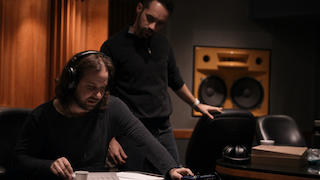 “When Poser premiered at the 2021 Tribeca Film Festival, we make it a point to stop by OTB’s studio in New York City, and it just blew us away. The state-of-the-art facility, scope of capability, and talent based at One Thousand Birds' LA studio are equally impressive,” adds Sutta. “Locations in Lisbon and Bogotá add a fresh creative perspective to its collaborative global team that really appeals to us.”

Dedicated to providing commercials with original music, joining forces with the award-winning audio company integrates a full suite of sound services into Audiocastle's offerings.  The new association brings together two like-minded companies with a shared commitment to creating custom-crafted sound that heightens the connection between brand messages and consumers.

"Audiocastle is committed to making original music a viable option for spots, elevating tracks crafted to engage specific demographics,” said Robl and Sutta, who are both composers. “Partnering with One Thousand Birds provides the added efficiency inherent in a streamlined, one-stop resource. At the same time, it enables Audiocastle to manage every aspect of music and sound, eliminating the need for clients to deal with a multitude of details and providing a seamless experience."

Audiocastle’s studios in Miami, Chicago, New York, Los Angeles, and Nashville have positioned the company to attract a diverse collective of accomplished composers, lyricists, and producers in major music hubs across the country. The pairing of OTB’s collaborative mixers, sound designers, audio engineers, and producers - coupled with its state-of-the-art studios in the US and abroad - creates an integrated music and sound resource with a scale and diverse.

OTB's sounds have been heard on the loudspeakers at the Super Bowl and in VR headsets at the Whitney Museum. Commercial credits include spots for brands, such as Coco-Cola, Apple, Amazon, Google, Microsoft, Sony, Nike, JetBlue, Mastercard, Mercedes, Toyota, and HBO.

Audiocastle's original music is featured in campaigns for brands, such as Patron Tequila, American Express, Microsoft, DHL, Corona, Nature’s Way, Ford, Acuvue, Dole Food Company. The company has composed the scores of a variety of films, such as Before the Fire, Grasshopper, Late Life, Uncle John, Boniato, Omniboat, and Poser, which brings a valuable perspective to the music the company creates for short-form advertising content.