Screenvision Media today announced Audi's Parking Lot holiday campaign as the winner of the Hegarty Advertising in Cinema Excellence Award at the Adweek Creative 100 celebration in Cannes. Audi's Parking Lot campaign was a humorous look at the struggles of holiday shopping season, creatively showcasing the Audi RS3 and RS7 models, whilst depicting two fathers' frustrations over battling it out for the last parking space in a mall parking lot. 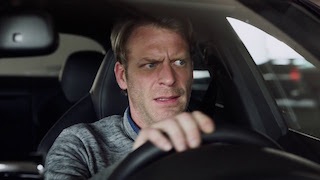 "Audi's Parking Lot holiday campaign is a prime example of when great ideas and exceptional creativity come together with flawless execution," said John Partilla, Screenvision Media CEO. "Exceptional creative work pushes our entire industry forward, while underscoring the powerful impact of the cinema canvas for any and every ad."

Unveiled in Cannes in 2017, the award celebrates the most creative ad campaigns, which were debuted in-cinema within seven days of launching. The winner of the annual Hegarty ACE Award, is awarded $1million in media consideration in Screenvision Media's Front + Center preshow, for any pro-bono or charitable causes for June 2018 – June 2019. 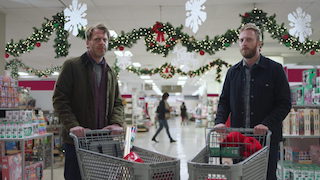 "I believe cinema is an exceptional canvas for creatives to have their work displayed upon," said Sir. John Hegarty, creative chair in residence, Screenvision Media. "Audi's spot was the perfect example of pairing an outstanding ad with a truly impactful medium to really entertain, inform, and inspire."

Venables Bell & Partners was the creative agency on Audi's Parking Lot holiday campaign. All creative that ran within the launch pad inventory from July 2017 until May 2018 was eligible for review by Sir John Hegarty for the Hegarty Award.