Abramorama is collaborating with the music venue The Regent in downtown Los Angeles to present the Night at The Regent Summer Music Documentary Film Series with a music film screening featured every two weeks starting May 11. The popularity and interest in music films continues to grow and fans have packed The Regent when screening films from Jimi Hendrix, Gil Scott-Heron, and others. 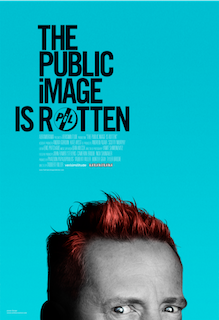 May 11, The Public Image Is Rotten (Documentary on John Lydon and PiL).  A post film conversation with director Tabbert Fiiller

May 25, Deer Tick: Straight into A Storm

June 8, Learning to Live Together: The Return of Mad Dogs & Englishmen

There will be post screening conversations, when possible, as well.  Fans will have the option of purchasing a pass to attend all events or can purchase tickets to individual screenings.

Abramorama’s head of music Evan Saxon said, “As Abramorama distributes of some of the best music films ever produced, we are stoked to partner with the amazing team at The Regent to create this Summer Music Documentary Film Series.  We can’t think of a better way to experience these films than in a rock club packed with friends and fans and the music played at high volume.  It’s a great opportunity to get folks back into our local music venue as well.  We’re fans of the rock docs and look forward to programming a music film series with clubs and venues around the world.”

Mitchell Frank, founder of The Regent added, "I'm delighted to announce our rock doc film series at The Regent. We plan to have many more notable rock films coming to the Regent soon. Not only because of our massive sound system and laser projector, making it an immersive experience and something we've always wanted to produce. The Regent is an exceptional place to chill, rock out, grab a slice or a cocktail, and feel the wind blowing like you're in the Maxwell tape commercial."