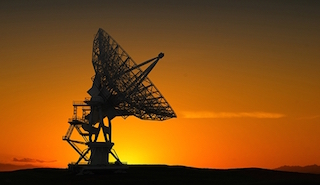 In one of the biggest deals in the emerging digital cinema business, the Ymagis Group has acquired Eutelsat’s 50.2 percent stake in DSAT Cinema and now, effectively, controls the company.

Pursuant to the terms of the 2015 agreement, Eutelsat has exercised its option to sell its 50.2 percent stake in DSAT Cinema to Ymagis Group, which is now the sole shareholder. DSAT’s earnings will be consolidated in the Group’s accounts as of November 1.

In June 2015, Ymagis Group and Eutelsat reached a strategic agreement to strengthen their joint business initiatives and offer a common global solution by combining their content delivery networks. At the time of the signing of the agreement, the Group, through its subsidiary Dcinex, and Eutelsat respectively held a 49.8 percent and 50.2 percent stake in DSAT Cinema.

DSAT Cinema currently broadcasts live to cinemas cultural events such as opera, ballet, concerts from the world-wide cultural scene such as the New York Metropolitan Opera, the London Royal Opera House, the Milan Scala, the Paris Opera, the Moscow Bolshoï Ballet, and the Nederland Dans Theater in The Hague.

“I am delighted that we have completed our acquisition of DSAT Cinema, which marks an important step in our market consolidation strategy,” said Ymagis Group CEO and chairman Jean Mizrahi. “The integration of the various delivery platforms has allowed us on one hand to become the undisputed leader in digital content delivery across Europe with over 3,300 connected cinemas and, on the other, to take full advantage of the various synergies to reach our profit target.”