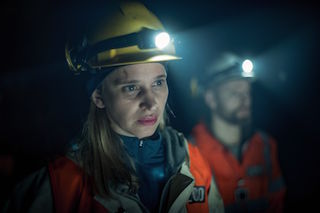 The White Wall has been called one of the most exciting scripted television series to come out of Scandinavia in recent years with its unique storyline, high production value and superb cast. It was primarily shot in a remote village in northern Finland and set in the present time with science fiction elements. The story was based on an unusual white wall discovered deep underground at a mining site of one of the world’s largest nuclear waste depositories.

The visual effects, digital intermediates and color grading, online and mastering all took place at high-end post-production facility Post Control Helsinki where DejaEdit was used.  As a media file synchronizer, DejaEdit played a role in streamlining the production process by giving editors and operators the ability to collaborate between multiple remote Avid editing platforms. DejaEdit is a film tool that ensures all created or imported media files and timelines in one connected system can then be automatically shared to the local or network storage of other connected systems, fast and securely in the background.

Post Control Helsinki’s visual effects supervisor Tuomo Hintikka oversaw the editing of all eight episodes of the Swedish and Finnish TV drama series for SVT/YLE/DRG, directed by A. Salmenperä and A. Zackrisson.

Hintikka has extensive on-set experience with more than 25 years of digital post-production knowledge, and the longest VFX track record in Finland. 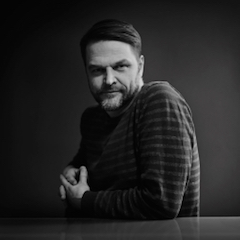 VFX supervising requires working closely with the production team, therefore Hintikka was engaged with the project right from the start. This meant that cuts and layered scenes during the offline could easily be shared, enabling him to pass media files back and forth effortlessly as slab comps in Avid.

Hintikka outlines the process. “My role as VFX supervisor means I am responsible for a smooth-running, cost-effective, storytelling oriented VFX production throughout the entire feature or TV-series’ production and overall post production processes,” he said. “My job starts from script analysis and runs right through to production (shooting period) until VFX shot production and color grading approval sessions in the post production phase, before mastering the final piece. The VFX Supervisor’s most important task is to also guide VFX artists to do their best and provide the most creative, meticulous and accurate material to work with.”

Avid editor Samu Heikkilä worked remotely on the project outside Helsinki, alongside editor Kristofer Nordin based in Stockholm. They were also able to exchange media files across their remote locations while using DejaEdit.

Hintikka said, “Filmmaking production and VFX are intricately connected disciplines. Having access to the latest edits, shared between the assistant editor and the other Avid editors across Sweden and Finland, was a key advantage for me on The White Wall project. I was also able to share VFX temp comps and often first versions completed with Avid effects via DejaEdit to all my counterparts. It worked out really well using DejaEdit as it ensured that there were never any misunderstandings as to which edit or VFX temp versions were the latest or most recent.” 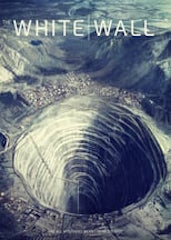 “Being an Avid instructor and editor back in the 90s has given me an understanding of how various editing program features work and how DejaEdit fits into the workflow,” he continued. “In The White Wall, I was able to share VFX temp comps using Avid soft effects via DejaEdit. This meant that I could leave VFX shots open or floating for editors to access. They could then re-time and tweak individual layers as much as they wanted to. I think this was a great benefit that DejaEdit brought to my VFX side in this scenario, compared to the other traditional methods such as getting the pull list from the edit, followed by the online DI in-house, briefing VFX artists, sending versions of flattened VFX temp comps to editing suites via cloud/FTP and so forth. Using DejaEdit on this project meant that nobody needed to upload or import any shots because we all had access to the same footage that was created by the DIT.”

Hintikka said using DejaEdit has changed the way he now approaches future productions, “In previous projects, I have experience of having used AAF lists that are sent back and forth in the editing suite,” he said. “Although this is basically the same type of workflow that DejaEdit exerts, it can be problematic when media sharing has to be done manually when working with a larger production team. This is not an issue with DejaEdit, and it excels when dealing with any complexities that could arise using other methods, as demonstrated in “The White Wall” project – The DIT, AE, two Editors both working in different countries with myself as VFX supervisor were all using the same database and media via DejaEdit which resulted in a successful outcome.” 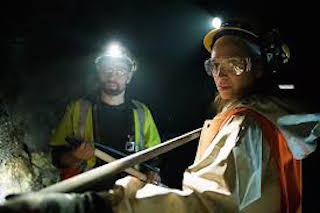 Hintikka worked as an editor initially for many years before moving into VFX production and says his favorite process in post-production has always been working closely in collaboration with the director. “VFX can help to tell the story, and the editing stage is very much to do with storytelling too, so they work hand in hand. I also think there is aesthetic pleasure involved with being creative with images and VFX can help to achieve that. It is rewarding to see how all these produced elements in combination, can result in the final look  - right from the shooting phase through to VFX shot production, and it makes me feel proud to see how VFX plays such a significant role in making the shot look stunning.”

On the topic of VFX, Hintikka added, “There are many challenges involved in the post process and after working on projects for so many years, I understand how important it is to be able to focus on content and being creative and not to let the unnecessary issues get in the way. I feel incredibly lucky to have very experienced colleagues around me, and I am armed with the best tools at my disposal. I receive support quickly when required. It is definitely down to teamwork to make it all work.”

“The COVID-19 situation has affected a lot of people in the industry,” Hintikka said, “After I finished The White Wall VFX production at the end of March this year, many productions were cancelled, and a lot of people were either laid off or unemployed. It looks like productions are starting up again now. I feel very fortunate to be involved in one of the first feature films to begin production in Northern Europe amid the coronavirus pandemic, namely Luokkakokous 3, directed by Hollywood filmmaker Renny Harlin, with filming commencing at the end of June already, with stringent safety measures taken into account of course.”