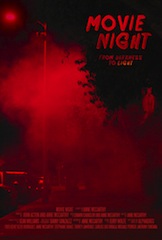 When planning the post-production phase for her film Movie Night, Anne McCarthy turned to Burbank-based AlphaDogs, having worked with them previously. “I now use AlphaDogs exclusively after they were able to fix a problem I had on a past project in just 24 hours. I knew my film would be in good hands and would not have risked taking it anywhere else,” said McCarthy.

Movie Night is a horror film with a comedic twist about a group of friends who get together to watch a movie at home, when suddenly a mysterious stranger shows up.  To add to the story’s spine-chilling feel, AlphaDogs vice president of design Sean Williams helped McCarthy realize several visual effects.

"It was refreshing to work with a client who wanted to meet and discuss visual effects before shooting,” Williams said. “Many indie filmmakers wait until the project is in the can before talking to an effects artist. Our discussion helped Anne figure out what she could do on-set to expedite a dramatic visual moment that would be created in post, while saving time and money in the process. I wish more filmmakers were like Anne, willing to reach out to a project's end-stage partners and bring their insights to the table earlier in the process." 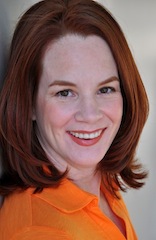 McCarthy said, “I was thrilled with the results. The shots look beautiful and very organic. This was my first foray into the VFX process and Sean took extra time to work with me one-on-one to help me achieve what I envisioned for the film.”

AlphaDogs audio engineer Curtis Fritsch addressed specific challenges with the film’s audio that McCarthy didn’t believe could be fixed in post that included an audio echo removal and a noisy outdoor AC unit that rattled over the actor’s dialogue. “I didn’t think it was possible to fix the problems with the audio,” said McCarthy. “I was impressed that Curtis fixed both problems in less than 30 minutes.”

AlphaDogs president and CEO Terence Curren said, “We believe in teaching the client how and why things are done. We see them as important part of our team and include them in both the creative and technical aspects that go into completing the finish on a project. We believe it’s important to take the fear out of post and make the experience an enjoyable one. Clients walk away with skills to plan more effectively for future productions thus making workflows easier and more cost efficient.”

McCarthy said, “Working with AlphaDogs helped me build my knowledge base, and what can be done in post-production to make everything look and sound great. It pushes me further as a director. I like that.”