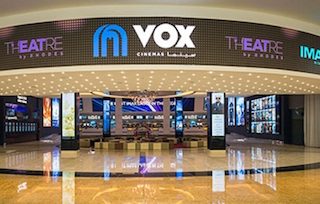 Vox Cinemas has signed an exclusive distribution deal with Myrkott, the Saudi production company behind the YouTube animated series Masameer that has attracted more than 700 million views across social media. The development marks the first of its kind deal with a Saudi production company and will see Myrkott content screened across the Middle East and North Africa, including the distribution of a forthcoming feature film based on the YouTube show.

With two million YouTube subscribers and a further three million followers across Facebook and Twitter, Myrkott has produced more than 100 Masameer shows covering a variety of subjects related to Saudi society and the pursuit of the 2030 Vision. It has worked with a variety of high profile partners including the General Commission of Audiovisual Media and the King Abdulaziz Center for World Culture, using comedy to appeal to Arab audiences around the world.

The Myrkott deal also represents a major boost for the General Commission of Audiovisual Media to support the creation and distribution of original local Saudi content and inspire future content producers across the Kingdom.

Mohamed Al Hashemi, country manager – KSA at Majid Al Futtaim Ventures, operator of the cinema brand said, “Myrkott is proof that Saudi creative industries are going to be a powerful player regionally and internationally in the years to come. Vox Cinemas is delighted to provide Myrkott the regional distribution pedigree that will help their already hugely successful content find new audiences.”

“This is a huge moment for Myrkott and we are honored to be the first home-grown Saudi production company to secure a regional distribution deal. To become successful in the movie business you need great content, great distribution and great marketing – we now have all of these elements through our partnership with Vox Cinemas,” said Myrkott’s general manager, Abdulaziz Almuzaini.