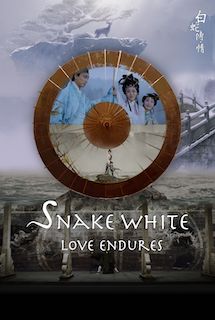 Snake White: Love Endures is a mesmerizing new independent film based on a timeless Chinese love fable. The earliest known written version of the story appeared in the 1600s during the Ming Dynasty. Over the centuries it has been repeated many times in operas, movies and television series and is considered to be one of China's Four Great Folktales. This latest film, while faithful to the spirit of the original folktale, is almost in a category of its own as it combines traditional Cantonese opera with modern music and breathtaking visual effects.

The story begins with an act of kindness by a young man, Xu Xian, played by actor Wen Ruqing, who rescues a small white snake from the imminent attack of a hawk, by collecting her into a lotus flower in his hands, then gently placing the flower on the surface of a pond. As the white snake emerges from the lotus, she sinks safely into the water and a love for Xu is profoundly seeded in her heart. Snake White, portrayed by actress Zeng Xiaomin, spends the next one thousand years cultivating herself to become a snake spirit, all the while gaining supernatural powers and magic. After her one thousand year wait, Snake White choreographs an encounter with Xu, they fall in love, marry and conceive a child. But their relationship violates an ancient order that dictates the separation of the human and spirit worlds and the consequences of that violation propel the rest of the film.

Snake White: Love Endures, was written by Mo Fei, directed by Zhang Xianfeng and is being released by Chinema, Inc. and the Pearl River Film Group, the group’s first U.S. release in its 67-year history. The distributors held a West Coast media screening in February 2020, but release plans were stopped by the pandemic.

The film won several awards on the 2019 film festival circuit including Best Artistic Contribution Award at Hainan Island International Film Festival, People’s Choice Award in Nocturne Category at Pingyao International Film Festival, and Best Opera/Musical Award at Golden Maple International Festival. The film is completely original and unlike any I have ever seen. The music is haunting, the acting highly stylized and, the special effects create an enchanting world that is unique, and yet feels totally natural.

I recently spoke, via email, with Glenn Wilson and Paul Freeman who led the effects team that helped bring the story to the screen. Wilson, an industry veteran with two decades of experience in animation and visual effects, has worked worldwide, leading computer graphics teams in Sydney, New Zealand, China and the United States. He founded Suberashi VFX in 2007, and as head of 3D, continues to craft world-class visual effects for feature films, cinematics and high-end advertising. Freeman has worked as a visual effects’ artist and commercial director for 23 years and is the senior director at the visual effects company Underpants.

Our conversation began with the challenges involved in creating the look of a modern film while staying true to what is considered one of China’s Four Greatest Folk Tales. 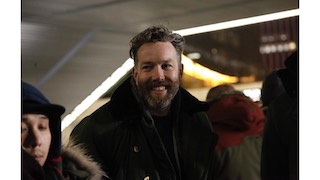 Digital Cinema Report: What methodology did you use to ensure Snake White’s unique and stylized fantasy world had strong ties to traditional Chinese artwork?

Paul Freeman: We did start off by looking at a lot of traditional Chinese painting, in particular ink landscapes and so on. The director, Zhang Xianfeng, gave us plenty of very specific references of ink painting styles from different periods; he’s a bit of an expert on this. We also looked at Chinese portrait photography and late 20th century Chinese fashion photography, which we discovered shared a lot of the same qualities as the ink paintings: soft lighting, minimalist compositions, very long lenses, and a selective use of mist or fog to create blank or negative space.

So, ultimately, we came up with a look for Snake White that was a combination of those two styles: at the focal point of the frame, the image would be more photographic and soft-lit. This was to help the composited actor sit into the scene better, and to match their lighting. And, as the image fell away into the background it would become progressively more abstract and inky, mimicking the traditional painting style.

We built each of the environments as 8K spherical matte paintings in Flame. This allowed us to quickly rotate and reposition for scenes – some with over a hundred shots from differing angles – relatively quickly. These environment balls also had moving water, directable falling snow and random butterflies, as required for the scene.

On top of this we added computer generated atmospheric fog, as well as practical fog and mist elements that we used quite a lot to reveal and hide parts of a scene.

The final result remains faithful to the aesthetic of the traditional artworks but uses the photographic look to make the actors both stand out from and become enveloped in this created world. 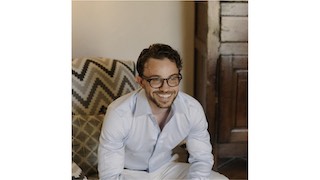 We also worked closely with the director to achieve accurate CG depictions of the architecture of the time: the tiered pagoda, temple, monastery and lake village were all designed and based on actual buildings and locations in China.

DCR: What was the most complex VFX scene you worked on in the film and what made it a challenge?

PF: Everyone who worked on this film I think can agree that the monk-versus-snakes wave battle sequence was just plain bonkers, in terms of what had been storyboarded, as well as the amount of computing power it took to fling all those waves around. There was a whole heap of cleanup and integration work on the actors as well.

Glenn Wilson: Yeah, definitely the wave sequence. I live near the beach and use it as my relaxation time.  I remember after viewing the storyboards, each time I was looking at the ocean I would get a wave of anxiety as I tried to analyze the movement before me. Simulating an ocean isn’t too difficult these days, the challenge was to make giant waves that were art directable, and to do that for over 100 shots, with relatively limited resources, compared to what would be typically used in such a sequence.

After a lot of development, we came up with a custom pipeline that allowed for a quick turnaround of simulations as well as artistic control. Our process involved generating a preview mesh of the ocean that would control the overall velocity of the wave. This was very fast to view, and we could dial in the size, speed, and shape of the wave. From there we would simulate the base wave. We would often iterate over that process many times. Once the base wave was dialed in, we would simulate secondary splashes for added detail, and finally whitewater.

It was a highly rewarding sequence, and we have gained a lot of knowledge in the process, not to mention I once again find the beach relaxing.

DCR: Knowing the film would be in 4K did you need to make any adjustments to how you conducted the VFX elements of the film?

GW: Our CG pipeline was already set up to handle 4K. From the outset we made sure we were working with large assets and textures. If we thought a CG asset would be visible up close, we would make 8K textures to cover ourselves, and down-sample them at a later point if the resolution wasn’t needed.

Overall, it just involved a bit more data being pushed around our network as well as longer render times.

PF: We used Flame for the compositing, and it seemed to handle 4K just fine.  There was a lot of practical ink and smoke elements that we used, so we had to make sure that they were a decent resolution. But the only real difference was that the keying got slightly better, and I had to sit closer to the screen.

DCR: With your VFX team located in Australia and the studio in China, what digital tools did you use to collaborate on the VFX workflow to deliver the final picture?

GW: We have a suite of digital tools to help with file reviews, sending, and receiving files. We also integrated our outputs into the production company’s application programming interface so they would be able to see our nightly builds. Our relationship with director Zhang Xianfeng, the producers of Pearl River Film Studio, and the team in China was more important than the digital tools in making the project a success. They brought a clear vision for the film. The distance between the teams never really became an issue.

DCR: Snake White: Love Endures celebrates the theme Love Endures and the artistry in the film exemplifies how the creative teams love for cinema also endures. As a filmmaker what do you love about cinema?

GW: I love a good story and the way VFX can help to immerse the audience into the world of that story. Knowing how much work goes into VFX shots I’m always inspired by the work that so many companies around the world are doing.

PF: I love to be fooled, for lack of a better word, in the cinema: to reach that often elusive point where I start to believe that the scene that is playing out in front of me is really happening, in an actual place, even though I know it’s just a door, a bluescreen, a bit of wood and a guy holding a wind machine just out of shot. This is the curse and the blessing of working in visual effects.

DCR: WIth Snake White entered into the Oscars race, what makes the VFX on this film unique to other films you have worked on?

GW: The film was unique for me in many ways. I never thought I would enjoy watching a Cantonese Opera. However, when I watched the final edit, I was fully immersed in the story, and that’s with subtitles on! The film quickly created a unique world that complimented the story.

PF: We’ve found it really enjoyable to see modern visual effects being used so extensively to help tell a thousand-year-old story in such an unusual genre of film. Snake White is the first traditional Chinese Opera film we’ve been a part of, and it has been incredible to see how well it has been received by Western audiences and critics.

DCR: It’s a testament to the effect work here but I can’t tell which scenes took place on location and which took place in a studio. Or were completely effects generated. How much of the film was shot on location and what were some of the challenges in visually matching those with the studio shots?

PF: Thank you! Actually, a majority of the filming was studio-based. There is one very brief scene at the end that was filmed in a real location, but the rest is all shot in a studio against bluescreen. There were some partial sets built for the house and a section of the temple interior, but apart from that everything else is full CG.