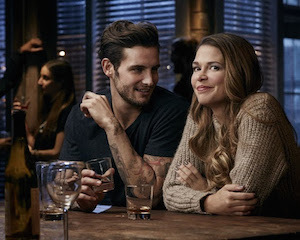 Post-production finishing for the first season of TV Land’s inspired new comedy Younger was recently completed at Technicolor PostWorks New York. Senior colorist Anthony Raffaele applied the final color grade to the original series, which has generated buzz and a growing fan base thanks to its positive depiction of intergenerational female relationships.

Raffaele worked under the supervision of series creator Darren Star (Sex and the City, Beverly Hills 90210) and cinematographer John Thomas, who previously teamed with Starr on Sex and the City, and more recently shot Gossip Girland The Big C.

Produced by Jax Media, Younger centers on Liza Miller (Sutton Foster), a 40-year-old recent divorcee who poses as a 26-year-old in order to land a job at a New York publishing house. This premise serves as a springboard for a thoughtful brand of romantic comedy that subverts stereotypes surrounding millennials, Gen Xers and professional women of all ages.

Thomas supports Younger’s layered, multi-generational story through the use of several distinct looks and camera techniques, each meant to highlight a different aspect of Liza’s increasingly fragmented life.

“One part of the show represents Liza’s ‘real life’ as a 40-year-old woman dealing with her past as a New Jersey mom,” Thomas explains. “Those scenes are lit realistically and shot with minimal camera movement.”

Liza’s life as an assistant at Manhattan publishing house Empirical Press is presented differently. “At work, Liza is living a lie,” Thomas says. “Those scenes are well lit and shot with a camera that is active, but controlled.” 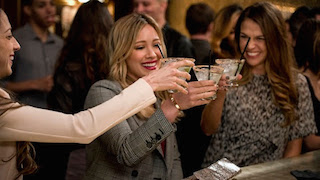 Finally, there’s Liza’s new social life in trendy Williamsburg, Brooklyn. “It’s a hipster environment, where she’s trying to blend in,” observes Thomas. “Those scenes are darker and funkier. The camera is often handheld and free.”

Each of these looks are further enhanced by Raffaele’s artistic approach in grading sessions at Technicolor PostWorks. “Younger is a beautiful show with great environments and high production value,” says Raffaele. “The color palette is saturated, clean and poppy. It’s a cinematic look with a lot more attention to detail than you typically see in television comedy.”

Raffaele and Thomas quickly developed a close rapport with Raffaele performing an initial pass on each episode before meeting with Thomas for fine-tuning. “Anthony’s first pass is very near to finished,” Thomas observes. “He is very fast at catching on to what I am after. I’m talking about very subtle adjustments to the image, but he sees them right away. That gives us more time to fix little problems and make each show look better.”

A lot of that time is spent in refining light and contrast to draw attention to specific characters, highlight or subdue background elements, and shape mood. “Anthony is sensitive to the emotional needs of the script,” says Thomas. “He uses the tools available to him in the color suite to help us tell the story.”

“I know that when I drop in my final color it will appear on the Avid exactly as it should,” notes Raffaele. “It means everyone is confident that they are looking at the latest cut with the latest grade.”

Grading sessions were coordinated with Thomas’ busy production schedule, with some sessions occurring during evenings and weekends. “Technicolor PostWorks’ flexibility in scheduling grading sessions has been an enormous benefit—as has Anthony’s talent and ability to see the project through my eyes,” says Thomas. “We don’t leave a session until the show looks great.”