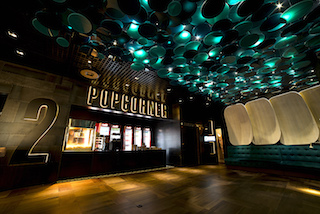 Reflecting a buoyant Turkish retail sector, more than 100 new shopping malls are due to open in Istanbul and countrywide this year. Many of these sites will feature multi-screen cinemas, offering shoppers and families a welcoming environment to spend an afternoon or evening in air-conditioned comfort.

One illustration of this optimistic economic mood is Mars Cinema Group. The operator is currently fitting ten Cinemaximum theatres at sites from Ankara to Van, Mardin and Izmir with more than 80 Sony 4K digital projection systems.

“We’re offering the best cinema experience in all corners of Turkey,” said Mars Cinema CEO Kurt Rieder. “And as we grow, our need for new projectors has grown. Combined with low ownership costs, Sony 4K gives our guests the picture quality they deserve.” 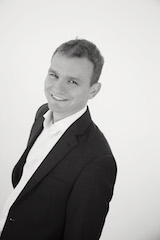 One reason that Turkey’s cinema market is outstripping some of its European neighbors is the fact that virtually all screen openings are at brand new sites, typically in urban areas, which is in contrast to the more mature Western European market where cinemas are now decades old.

Many European screens went digital almost a decade ago, using early projectors based on more primitive DLP technology. These projectors are becoming increasingly unreliable, inefficient and expensive to run. They’re also power-hungry compared with today’s technology, while spare parts are getting harder to source.

All this puts Turkey’s cinema operators at a big advantage. New screens don’t have to worry about the poorer picture quality and unreliability of older hardware. Theatres can future-proof right now, with 4K projection guaranteeing the best possible picture quality for years to come.

And that’s exactly the strategy being adopted by leading Turkish operators like CINEMApink. The chain is equipping all of its screens at fifteen sites with more than 100 Sony projectors. “We’re very excited about installing Sony 4K,” said CINEMApink CEO Selim Yavuzoglu. “Our customers can get the very best experience with crystal clear picture quality and immersive sound” – all part of the operator’s mission to make every seat a VIP seat.”

Another factor is that 4K is also an increasingly popular artistic choice for moviemakers. Director Nuri Bilge Ceylan was winner of the Cannes Palme d'Or in 2014 for Winter Sleep shot by Gökhan Tiryaki using Sony 4K cameras.