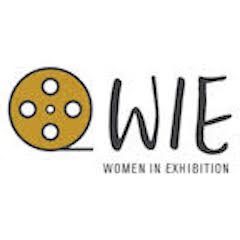 A new organization was formed in recent weeks designed by women in exhibition for women in exhibition. Heather Blair, the founder of the new trade group Women in Exhibition, says the idea had its beginnings one day at a conference when, for the latest in more times than she can remember, she was the lone woman taking part in a panel discussion with a group of all white men.  She says she knows many talented and intelligent women who have as much to offer the industry as men do and she set her mind to changing things. I recently spoke with Blair about her plans and goals for the new organization. Here is our conversation.

Digital Cinema Report: Please introduce yourself. How long have you been involved in exhibition?

Heather Blair: I came into the industry back in 2010. I was consulting for a system’s integration/show control company who designed interactive exhibits for themed attractions. They also manufactured a 4D motion theatre bench used in attractions and were launching a new product, which they called their Cinema Series seat.  I suggested the cinema market might be interested in 4D, and they encouraged me to “go for it.” I didn't know anyone in the industry but found my way into the cinemas and through them learned I needed to be approved as a vendor to get content/movies from the film studios. I found one studio executive by way of a former advertising client and, once I met him, I found my way to each studio distribution team. I was able to secure the rights to program their tent pole action, animation, horror and suspense titles into the 4D format. My first cinema client was Cinemex in Mexico City. They did a 15-theatre roll out. We installed our first location in 2012. I resigned from my role as head of cinema sales in August of 2018 and now consult for other companies who provide various interactive technologies.

DCR: What prompted you to start Women in Exhibition?

HB: I believe women in our industry could benefit from supporting each other, but the idea came to Bernadette McCabe and me when we were talking about our recent career shifts. She had asked for my professional insight on her career opportunities. She had expressed how thankful she was to have my insight, and said, “Wouldn’t it be great if we had our own group we could bounce ideas off of?” I took that as a suggestion, so I purchased the domain womeninexhibition.com and said, “It’s done.”  The two of us then invited our favorite industry colleagues and asked them to discuss WIE further. Once we had 15 founding members, we asked each of them to call their favorite colleagues and without much effort we have surpassed 100 members. 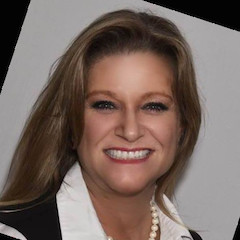 DCR: What has been the response so far?

HB: We have found amazing women want to do great things. They want to mentor others, they want to network, they want to understand how to deal with gender issues (including discrimination and contract negotiations) and want to be available to help other women who have transitioned professionally and may need some support. The reception has been really strong and positive.

DCR: You’ve limited your board to ten members. What was the thinking behind that?

HB: We are so new we just decided to start somewhere. There is now an executive committee: president, vice president, treasurer and secretary. We will begin to have discussions at informal gatherings and learn what topics are top of mind to our general members and let the organization grow organically.

DCR: You envision this as an international organization. I understand that several women have already volunteered to start local chapters. How is that evolving?

HB: We have such strong dynamic accomplished women in other parts of the world; a few women have agreed to start socializing in different regions. Our board member Melissa Cogavin offered to do outreach to her area in the UK; Melissa Jarvin, who is a founding member, offered to promote in the UAE area. And others are just beginning to find time to offer their talents in other markets. Basically just starting the dialog.

DCR: What are your goals for Women in Exhibition?

HB: Our goals are simple: to build, mentor and support women’s initiatives and create cinema exhibition educational forums, fostering platforms for women entering the exhibition industry for the first time, or those who are transitioning.  Career opportunities, ongoing education and guidance are key goals. On the website the members profiles will display their picture and bio. If they are comfortable and interested in speaking on or moderating panels it will be identified in their profiles.

DCR: Who can become a member and what’s involved in joining?

HB: Anyone can join who is a cinema exhibitor, studio executive or service provider. We will also be advocating for men to join as well. This is a work in progress but the general consensus on that is that a man be invited by a current member of WIE and be willing to mentor a WIE member.