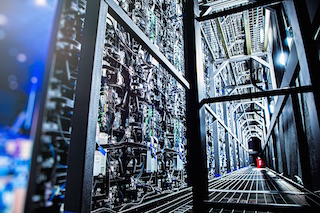 The Star Cinema Grill in Richmond, Texas, a Houston suburb, made history in June when it installed the largest Samsung Onyx LED Cinema Screen in North America. Now that a few weeks have passed, I wanted to get a sense of how the screen was working, how moviegoers were responding to it and, also, to learn more about the challenges that went into installing such new technology. To do that I spoke with several of the key players involved in the selection, purchase, installation and operation of the Onyx screen.

Last year MIT installed the country’s first Onyx screen at Pacific Theatres Winnetka in Chatsworth, California. Delgado told me that they learned a lot from the experience at Winnetka.  Before and after the Winnetka install, Delgado said MIT has had in-depth conversations with people at all the major film studios to get their feedback on issues such as sound and picture and, especially, the details of successfully delivering content to a new technology.

Delgado said there were key differences between the installation at Winnetka and the newer one at Star Cinema Grill. Winnetka was a retrofit, the screen is 36 feet wide and it was mounted in a standard Samsung LED frame. Star Cinema Grill was a new build, the screen is 46 feet wide and it’s in a custom frame that MIT designed and built. Delgado is especially proud of the frame. “That was a tremendous innovation,” he said.

Here are excerpts from my interviews with the other key players:

Digital Cinema Report: What about Samsung’s Onyx LED Cinema Screen led you to install it in your newest theatre? 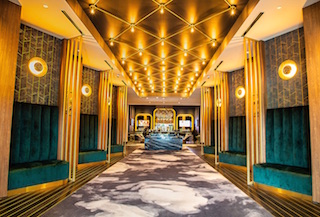 Jason Ostrow: I will say it started with the relationship. We have been doing business with Christopher Simpson since 2011. When he moved to Samsung, he reached out about this new product called Onyx. It took many conversations and meetings over the course of a year, and eventually, at the very last possible moment, we found a way to make it work. It was the right theatre and the right technology at the right time.

DCR: What are some of the typical questions people ask you about LED Cinema versus DLP or laser projection?

Nick Conti: No one ever really compares us to blue phosphor laser projection because the price points are so different. With respect to RGB lasers, while the Onyx is a bit more expensive, no one really ever brings it up because that product has not really taken off in the US market. Some general questions people ask us are:

How will Samsung help me market this technology to the average moviegoer so they know there is something special in that auditorium?

How will I know the average consumer will know the difference between the Onyx and standard projection?

What is the total cost of ownership over the lifetime of the product?

What happens if someone throws a coke at the screen?

Is there any regular preventative maintenance required for the screen? 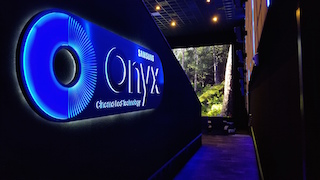 DCR: Every sale is unique. As much as you can, talk about how the Star Cinema Grill came to be. Did you approach them or did they come to you?

NC: We approached them. Chris Simpson has been doing business with SCG for a long time so he made first contact. The owner was nearly sold on the product from our first meeting. The tricky part came when we negotiated the price point and financing scheme. All vendors involved really had to sharpen their pencils to get this deal done.

DCR: What specific concerns, if any, did Star Cinema Grill have about the new technology and how did you address them?

NC: The primary concern was the content pipeline. They strongly believed that the average consumer would be able to tell the difference only with high dynamic range content and the lack thereof was a major concern for Star Cinema Grill. While we are actively working on slate deals with the studios and production companies, we were able to convince studios to deliver the extended dynamic range version of the movie that typically plays in Dolby Cinemas. While this is not an absolute solution, it is merely a stopgap measure to fill up the pipeline while those HDR deals are being closed.

DCR: How did the screen impact the design of the auditorium? What happens if you elect to install a projection system in the future?

John Walsh: We made the decision to go with the Onyx screen after the design of the auditorium, and the project had already been started. Lucky for us, the design we had was almost perfectly suited to the 46-foot screen already so we didn’t have to change the size at all. I can safely say that if the screen continues to perform as it is, we will not be going back to a projector in that auditorium. However, if we had to, it would be no problem at all in terms of fit and adaptability. 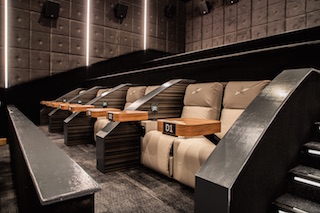 DCR:  Every installation is different. What were the unique challenges of the Star Cinema Grill installation?

Tom Lipiec: Logistics.  Moving in 180 panels and a couple hundred (or so) frame parts, tools and scaffolding required a lot of coordination since we were not allowed to bring these items through the finished lobby. The seats were already mostly installed so space was at a premium.  The DVL Frame was specifically designed and manufactured by MIT for this p3.3 Onyx System and allowed for the overall installation to be quick, clean and safe. The DVL Frame is the only cinema-centric and Onyx-centric screen frame in the world. The process of installing the entire system at the site took about three weeks.

DCR: How much did the sheer size of the screen impact the installation?

TL: Elevation. You need to work on both sides of the screen for installation and alignment, which required a 30-foot tall wall of scaffolding, which was yet another obstacle to work around.  The entire width of the screen plus the frame plus the left and right speaker cabinets is 52 feet wide, essentially wall to wall.

DCR: Cinema sound for LED screens is unlike that for projection. Talk about the audio installation at Star Cinema Grill.

Frank Tees: The stage speaker system surrounds the screen with an immersive sound field to ensure that there are no holes in the coverage, which is a challenge in a solid screen. There are eight speakers to support the three stage channels: left, center and right. The center channel was de-elevated using a proprietary Samsung algorithm implemented by JBL/Harmon to ensure the audio imaging was in the picture plane. The JBL sculpted surrounds completely filled out the seating area.

DCR: From a technology and performance perspective, how has the Onyx screen measured up to your expectations?

John Walsh: While we had high expectations for the screen, we were still sort of going into this process with blind faith, though it was based on a great relationship with Chris Simpson at Samsung.  As of right now, our expectations have been surpassed and then some.  Technologically speaking, it’s leaps and bounds beyond a silver screen and projector, so there are things adapt to. In terms of performance, there’s really only one measure of that. And when I stand outside the auditorium and speak with our guests as they exit? Wow! I haven’t spoken with anyone that was so-so about it. Everyone is absolutely blown away by the picture and the sound and they can’t stop talking about it. We have been very happy with how this screen is holding up to its reputation. 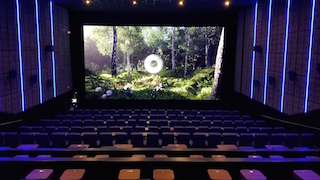 DCR: How does dealing with an LED screen differ from working with DLP or laser projectors?

JW: From an operations standpoint, it’s very similar to working with a projector in its day to day.  It’s mostly back office work, and it uses the same software to load and manage content. In terms of troubleshooting the hardware, it’s a bit different in that we might have to actually be in the auditorium working from the computer, but we’ve had very little of that at this point.

DCR: How much training was required for your employees?

JW: We have a very talented group of individuals working with us, so they were able to train very quickly. Our manager of sight and sound spent a majority of his time getting to know the set up and all of the different aspects, but the operations team just spent about a half day with the Samsung team and was able to learn all they needed to know how to operate it.

DCR: What has been the response from the community to your newest theatre?

JO: The response has been overwhelmingly positive.  People cannot believe a movie theatre that looks like this is in their neighborhood. From the facility to the hospitality to the technology, people are blown away.

DCR: How has the Onyx performed so far at the box office?

JO: Thanks to a strong marketing campaign and even stronger word of mouth, the Onyx is performing beyond our expectations. The Onyx auditorium is out-selling same size auditoriums with same product two to one.

DCR: What are your customers saying about the experience?

JO: I would encourage you to take a look at our online reviews (Facebook, Google, Yelp, etc).  Guests are thrilled with the Onyx experience. I would say one of the biggest surprises to everyone has been the quality of the sound in the Onyx room. People walk in expecting a great visual experience, but the sound puts it over the top.