Shooting Film for a Period Look 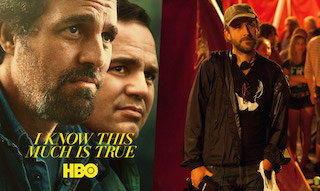 Set from 1913 to the early 1990s, HBO’s six-episode limited series I Know This Much is True required director Derek Cianfrance and cinematographer Jody Lee Lipes to make a choice: What would the show look like? They agreed that a cohesive, period look for the project would be the correct choice — as opposed to a contemporary look.

“Deciding on a period look led us to two-perf film framed for a 2:1 aspect ratio, using a small piece of the negative to give us film texture with present grain,” said Lipes. “I purposely underexposed the 1.7 million feet of film to accentuate the grain and muddiness.” That just happens to be the perfect environment for Kodak’s 5219, as it delivers high image-quality in low-light scenes, with higher signal-to-noise ratios. Teamed with the Cooke S4/i primes and Kodak 5219 were a number of Arri Arricam LT cameras, optimized for smaller, lightweight usage in handheld mode. The kit was rented from Arri Rental.

Mark Ruffalo, nominated for a number of awards for the project — including a Primetime Emmy for Outstanding Lead Actor in a Limited Series or Movie — plays the roles of twins: middle-aged Dominick Birdsey who recounts his troubled relationship with Thomas, his paranoid schizophrenic twin brother, and his efforts to get him released from an asylum

“The Cooke S4/i lenses give me the perfect place to land,” Lipes continued. “They don’t draw attention to themselves. They’re not distractingly soft and not super sharp, but add so much aesthetic into the filmmaking technique. I didn’t need, or want to use a lens series that added an unrealistic quality to the images – and with Derek having used the S4/i lenses in the past, he knew exactly what we would get.  Having a director already know that is a really big plus.” 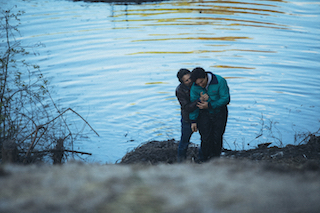 “We started with two full sets of the Cooke S4/i prime lenses and four Arricam LT bodies — two two-perf and two three-perf (for some visual effects work) — that were all lost in a fire. It was a $4 million loss, on camera equipment alone” said Lipes. “Arri Rental was great, we got everything replaced and we were back up and running. The transition from the first two sets of Cooke S4/i prime lenses to the second set was totally seamless. They matched perfectly.”

Although I Know This Much is True is packed with twinning scenes, Lipes didn’t think about it in any special way when it came to working or capturing the action. “We used a lot of motion control, but kept the tech in the background. We didn’t want impact Derek’s process. I do want to credit our visual effects supervisor Eric Pascarelli who was incredible in terms of maintaining the photographic real-world integrity of the series. Initially, when considering the amount of VFX work that would be needed for the twinning, Eric was concerned about shooting film and exposing it the way we had in the test. But, when the VFX vendors saw the heavy grain, they felt it would actually make their job easier. They planned to remove the grain, work on a grainless image, and then layer our production’s grain plates on top of their work like a veil that actually helped integrate the VFX. We shot 3-perf for a lot of VFX work, but framed for a 2-perf piece of negative within the 3-perf negative area, to maintain the grain structure and period feel.”

While Lipes has experience using Cooke 5/i primes, he wanted a different lens for I Know This Much is True. “For [Judd Apatow’s] Trainwreck, I needed something sharp and clean so that lens distortion would be a non-issue and allow me to push the image in other ways. But for I Know This Much is True, I wanted to avoid extremely shallow depth of field. In the past, I have used shallow depth of field like a crutch. On this film, I wanted to box myself in and work in a different way. While the Cooke S/4i lenses are capable of a T2, I wanted to be more closed than that. I didn’t want to hide the world behind the characters.”

Lipes said the Cooke S4/i primes “really helped to get to a point. That fine line of not having the look be distracting by being too cool or stylized. They helped rein us in and kept us more grounded.”

I Know This Much is True first aired on May 10 on HBO.