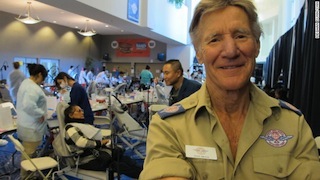 Editor’s Note: New York Gov. Andrew Cuomo’s office turned down an offer from the group Remote Area Medical to offer free health care to thousands of New Yorker’s the day after Thanksgiving. Filmmakers Jeff Reichert and Farihah Zaman have made a documentary about Remote Area Medical, which opens in New York on November 28. They published an open letter in response. Here is their letter:

On the morning of November 28, the day after Thanksgiving, while Americans across the country line up for Black Friday deals, a queue of a different kind was scheduled to form in New York City. At 5 a.m., the doors of Manhattan's massive Javits Center were to open, not for a tech expo or sneaker convention but to provide free health care to thousands of uninsured patients, courtesy of the organization Remote Area Medical.

RAM was founded in 1985 to bring health care to the developing world, but its leadership realized just a few years into its existence that a lack of access has made large swaths of our country as "remote" as Haiti or Guyana in terms of the needs of the American people. Because of this, they now do over 80 percent of their work in the U.S., creating three-to-five-day pop-up clinics that offer medical, dental, and vision services at no cost to the patient.

In 2012, we brought a 20-person crew to film a Remote Area Medical clinic in action in a NASCAR Speedway in Bristol, Tennessee, and it completely changed the way we think about America's health care crisis. The film isn't about the statistics, or about partisan sniping, but about suffering and compassion. Seeing the way so many Americans live; watching them sleep in parking lots for several nights in a row for the "privilege" of getting a mammogram or their blood pressure checked; witnessing their humor and bravery in the face of horrific odds in the wealthiest country in the world, we thought, how can we continue to let people live this way? The ramifications of the lack of proper health care go far beyond physical pain; it affects our ability to take care of our families, our pride, our sense of identity and self-worth.

Bridging the gap between policy debate and real, appreciable government support, Remote Area Medical has hosted over 700 clinics and served hundreds of thousands of patients, all on a shoestring budget consisting of small dollar donations and volunteer labor. The New York City event would have been RAM's largest clinic ever, the jewel in the crown of their miraculous work.

The operative phrase here is now "would have been." The clinic was cavalierly canceled a mere two weeks before its scheduled date. The doors won't open at 5 a.m. or any other hour. The 500 dentists and 2,500 non-medical volunteers lined up months in advance can take their good will elsewhere. And, tragically, the estimated 7,000 patients from New York City, greater New York, New Jersey, and beyond who were expecting to receive much needed free treatment will just have to make other plans for their failing vision and rotting teeth. The clinic was cancelled so recently that it left RAM without ample time to pull together a backup plan. Who to thank for this disturbing display of good stopped cold? The office of Governor Cuomo.

Across the country there are many laws that prevent doctors from crossing state lines to practice medicine, even if the care is free. RAM has overturned these laws in a number of states (as RAM founder Stan Brock often says, "A tooth in Detroit is a tooth in Baltimore is a tooth in Seattle"), allowing them to expand their mission into a number of areas, but to provide all the free care they had hoped to in New York would have required a special waiver from the Governor's office of provisions contained in Article 28 of the health code, which pertain to the operation of stationary health facilities. RAM is mobile, but builds into spaces, and so falls between the cracks of the law.

Waiving this provision was entirely at the Governor's discretion. The offices of Senators Harry Reid, Tim Kaine (both of whom who have seen RAM clinics firsthand), and Chuck Schumer called Cuomo and the NY Public Health Department directly to petition for the clinic to go forward. The reason provided to RAM for the clinic being scuttled: New Yorkers have all the health care they need.

New Yorkers have all the health care they need. More likely New Yorkers have a governor with presidential aspirations that are, of late, more than a little bruised, and who is willing to make this ludicrous statement in order avoid publicly presenting the image of several thousand uninsured standing in a parking lot in the Big Apple.

The New York theatrical release of my film Remote Area Medical was scheduled to coincide with the Javits Center clinic. We thought it would be a direct and productive celebration of the work RAM does; as masses of people uptown were receiving totally free health care, people downtown could be learning more about what it means to go without it. In this Thanksgiving season, why not shine a light on on great Americans volunteering their time to help others?

Although the film will still open at the IFC Center on 11/28, the Javits Center will remain dark; these many New Yorkers will continue to suffer from dental pain or lack of adequate optical prescriptions; and Governor Cuomo can remain confident, from all the way up in Albany, that these people, many of whose votes he probably won in this last election, have everything they need.