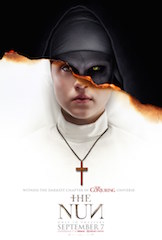 In time for the release of Warner Bros. horror film The Nun, Regal announced today that it’s opening ScreenX locations in New York City and San Francisco. The launch this Thursday will mark the first theatres in each of these cities to feature CJ4DPlex’s ScreenX, the premium, panoramic, 270-degree cinema environment that projects films on three walls of the auditorium. With these openings, ScreenX expands its domestic presence to seven locations.

The new ScreenX installations will be located at Regal Union Square Stadium 14 in New York City and Regal Hacienda Crossings Stadium 20 in San Francisco. Both theatres are part of the previously announced expansion plan with the Cineworld Group and its subsidiaries, which include Regal, to bring 100 ScreenX screens locations to the U.S. and Europe in the coming years. 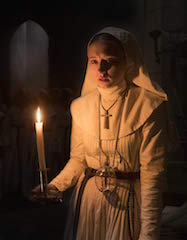 The latest ScreenX openings bring the total global footprint to 154, in 12 countries. Worldwide the number of ScreenX theatres has increased exponentially, with auditoriums opening in Western Europe for the first time and with additional locations to launch across China, Japan, Korea, Southeast Asia, France, Turkey and the Middle East by the end of 2018.

"We have seen a great expansion of our 4DX cinema technology, and are beyond thrilled to see ScreenX following in its path,” said Brandon Choi, CEO of CJ 4DPlex America. “Cineworld and Regal have been excellent partners that have shown us great support and understand our vision to push the limits of what is possible inside of a movie theatre auditorium. It is an exciting time as we launch two simultaneous openings with The Nun being the first Hollywood horror film to be screened in the format. It will be quite a visceral, stunning experience."

"After the successful opening at our Edwards Irvine Spectrum theatre in Southern California, we are excited about the opportunity to bring more ScreenX theatres to New York and San Francisco," said Ken Thewes, CMO at Regal. "We're always looking for innovative technologies to engage our audiences and ScreenX offers a new level of excitement for our guests to experience movies in an incredible immersive new way."

The release of The Nun in ScreenX is part of a larger agreement with Warner Bros. to release several films in the immersive format, following the previously released The Meg and Rampage, and including the much-anticipated Aquaman and Shazam!.