Recreating the Sounds of ‘60s Harlem 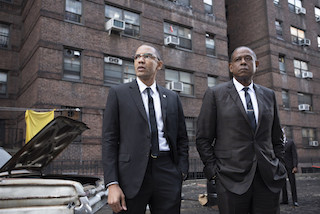 The riveting crime drama Godfather of Harlem has earned critical praise and popular success for its unflinching portrait of 1960s Harlem under the sway of competing criminal gangs. A big part of the show’s uncanny realism derives from its soundtrack, edited and mixed at Goldcrest Post, which blends the idiosyncratic dialogue of Italian and African-American mobsters with meticulously-detailed New York City soundscapes and an absorbing blend of period and contemporary music.

Written by Chris Brancato and Paul Eckstein, and executive produced by Forest Whitaker, Nina Yang Bongiovi, James Acheson, John Ridley and Markuann Smith, Godfather of Harlem is based on the story of real-life crime boss Ellsworth “Bumpy” Johnson (played by Whitaker) who returns to his former neighborhood after a decade in Alcatraz to find it under the control of the Italian mob. The 10 episodes that make up the show’s first season center on Johnson’s rivalry with Mafia boss Vincent “The Chin” Gigante (Vincent D’Onofrio) and his effort to reassert his control over the streets.

The show’s sound team, led by and supervising sound editor/re-recording mixer Jacob Ribicoff and re-recording mixer Bob Chefalas, was tasked with bringing city streets and other environments depicted in the show sonically to life.

“It was very important to Chris Brancato that we get 1963 Harlem right,” says Ribicoff. “During initial spotting sessions, we talked about the various neighborhoods portrayed in the show and how to give each one the proper feel. Many neighborhoods were African-American, but among them, there were gradations from rough and poor to relatively wealthy. East Harlem, the Italian neighborhood, had its own signature sound as did Spanish Harlem. We wanted people to feel those distinctions as Bumpy moves through the city.”

“Godfather of Harlem was a complicated, layered show with numerous challenges,” adds Brancato. “The team at Goldcrest met these challenges with expertise and can-do energy. The show looks and sounds great thanks to Goldcrest.” 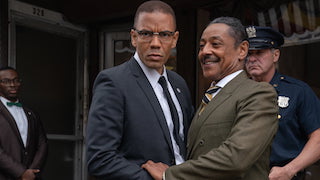 The sound team combed through old news footage and other archival material to get a sense for the sounds of real-world city streets, apartment buildings, shops, nightclubs and traffic. Their goal was to replicate those sonic spaces as accurately as possible to draw viewers into Bumpy’s world. “If we were on 125th Street in Harlem, the traffic you’d hear would mostly come from older cars,” Ribicoff notes. “You’d also hear people talking and laughing, and their voices needed to be natural and ethnically correct. When we moved to a wealthier neighborhood, you might hear more trees and birds.”

As the series centers on crime families, the sounds of law enforcement are near constant presence. Those, too, needed to be true to the era. “If you’re in New York City, you are going to hear sirens,” Ribicoff observes. “Getting the sirens right is a very effective way of reminding viewers that we are in the past. There were no yelper or fluctuating wailer sirens like you hear today. In the ‘60s, sirens made more of a long moaning sound. For anyone who grew up in that period, hearing that moan takes you right back.”

A special focus for the team were the vehicles, which ranged from Rolls Royces and Lincoln Continentals favored by mob bosses to more prosaic Plymouth sedans and Chevy Impalas driven by lesser thugs and ordinary people. Ribicoff and his crew not only drew on Goldcrest Post’s large sound library for the correct hum of 1960s vintage engines, tire squeals and door slams, they also made original field recordings of actual vehicles used in production.

“We found recordings of Karmann Ghias, Lincolns and other cars made from the late 50s through the early 60s,” Ribicoff recalls. “Those sounds, along with recordings we made on the set, helped keep us true to the period. You are hearing the cars you are seeing.”

Sound also helps recreate the ambiance of upscale apartments, tenement basements, jazz clubs and other interiors. “The Italians often hang out at a social club where there is always some activity going on in the background—guys playing pool, a card game, or a juke box spinning Italian records,” notes Chefalas. “The old police stations were especially fun to do because of the typewriters, rotary dial desk phones and other artifacts that make up the office environment. Most of those sounds had to be added individually to fit the action. We’d sprinkle a few things in here and there.” 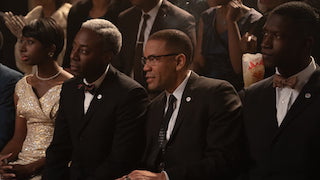 Goldcrest Post also hosted recording sessions with Loopers Unlimited to create background voices for street scenes, clubs and restaurants, and to recreate radio news and sports broadcasts. Those sessions were also carefully researched and prepped to ensure authenticity. “We wanted the loop actors to talk the way people talked back then,” explains Chefalas. “People used different language and had accents that are a bit different from today. They didn’t curse all the time the way people do now.”

Ribicoff adds that loop vocals were particularly effective in capturing the atmosphere of a racetrack featured in one episode. “I remember how racetracks sounded in the ‘60s from going to the track with my father,” he says. “There was a track announcer back then named Fred Capossela who called races in a very distinctive voice. I gave some of his recordings to the loop group and they found an actor whose voice had a similar quality. They did an amazing job. My father, who has passed on, is smiling somewhere.”

Music is similarly integral to the series and is featured virtually wall to wall in the soundtrack. It ranges from classic jazz and soul to original tracks from contemporary hip hop and rap artists including Swizz Beatz (who serves as executive music producer), Rick Ross and DMX.  “At the Mafia social club, you hear popular Italian music; when Bumpy is riding in his car, Motown is playing on the radio,” explains Chefalas. “There are also live jazz performances at the Apollo Theatre. The period music is mixed with rap and Hip Hop from artists who are popular now. It’s very cool how well it works.”

Like the sound design, the music helps to establish a sense of time and place; it also supports the emotional tone of the story, which is propelled relentlessly forward by an uncurrent of imminent danger and violence. “The story centers on a fascinating moment in American history when the Civil Rights movement collided with the criminal underworld,” says Chefalas. “Sound and music are used to capture the flavor of the era, and its simmering conflicts. It all came together incredibly well in the end.”