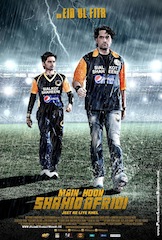 Darkroom Asia got the system from reseller Pixelution and is the first facility in Pakistan to install a Mistika 4K suite.

“Our decision to make Mistika our first choice was simple,” Hasan said. “The tools and real-time RAW image and other native workflows are superior to any other system out there, and we wanted to be the first company in Pakistan to have a fully equipped Mistika 4K system which would provide a one-stop solution, in real-time, for our film and commercials industries.”

Darkroom Asia recently completed Main Hoon Shahid Afridi, an action-drama sports film, produced by Six Sigma Entertainment, with the entire post-production, including color grading, completed in Mistika and shot with Red Digital cameras. Well-received by Pakistani audiences, Hasan said, “This film has marked the rebirth of the Pakistan Film Industry of which Darkroom Asia and Mistika played a vital role.”

“Mistika helped us immensely throughout this project,” said Ubaid-ur-Rehman, technical director and partner at Darkroom Asia, “Especially with handling real-time RAW workflow for R3d files which really made this project possible in Pakistan. All other camera formats were placed in Mistika's timeline in real-time without any conversion required or the usage of any other systems, which was a real advantage. Color grading was also achieved simultaneously, which was an added bonus. We made the decision to include Mistika technology to serve our creative clients with a high-end state-of-the-art post solution. As an award-winning powerful post-production system, we are delighted to be the first company in Pakistan to own SGO's creative 4K innovation. This system will help us in opening up many other new opportunities and attracting high profile projects.” 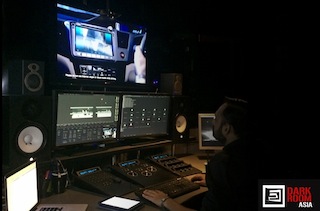 ARY Digital Network's CEO, Mohammad Jerjees Seja said, “I would like to congratulate Darkroom Asia for being pioneers and introducing Mistika 4K to Pakistan, which will help to strengthen and enhance the great work that is being done by filmmakers here. We believe that this is an important step made by Darkroom Asia and will not only motivate producers and directors, but will also give them additional motivation, encouragement and support in the post-production phase of filmmaking.”

Also closely associated with Darkroom Asia, and one of Pakistan's most famous commercial directors Asad U. Haq from Ambiance Films said, “We at Ambiance films are proud to be linked with Darkroom Asia from its inception, and we can't wait to play with it newest addition, Mistika, and work with one single powerful platform from start to finish.”

“Darkroom Asia's upgrade to Mistika is another example of how its technology is being adopted world-wide. It is history in the making that Mistika has been involved in this key project in Pakistan and has helped to reinvigorate the film industry there. This is a new and exciting beginning for Darkroom Asia as the first Mistika 4K post house in the country and it is great to see doors open for them due to their investment in SGO's technology. We are proud to welcome Darkroom Asia into the talented global Mistika community,” said SGO's director of global sales and operations, Geoff Mills.

ARY Digital Network's Seja said, “With the rapid growth of the cinema industry in Pakistan right now, ARY Films is now well-prepared to produce the best high quality entertainment for cinema-goers. We are privileged to be aligned with Darkroom Asia in supporting the post and VFX work of our upcoming feature film releases, and to provide a one-stop solution for post-production and VFX, using Mistika's unique capabilities and ability to help minimize time-constraints. Mistika is a system used by the industry's top professionals all around the world, and we are looking forward to utilizing its strengths to help us produce world-leading projects here.”