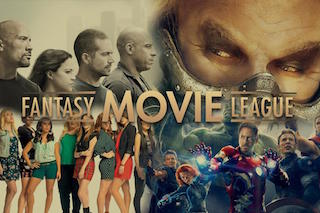 National CineMedia has completed its acquisition of Fantasy Movie League, the box office predictions game that combines the fierce competition of fantasy sports with the insanely popular world of entertainment and movies. It marks the company’s first acquisition as a key part of its new focus on consumer digital products for movie audiences.

To introduce a new audience of more than 750 million moviegoers a year to the game, Fantasy Movie League will be regularly featured in NCM’s Noovie cinema pre-show, which launches at the end of September. It will be seen on over 20,500 screens in over 1,600 theaters nationwide, including AMC, Cinemark, Regal Entertainment Group and over 45 other leading theater circuits.

“This is the first step in NCM’s new digital strategy, allowing us to reach not just moviegoers in the theater, but movie audiences on all screens everywhere,” said NCM’s chief digital officer and senior vice president of corporate development, Lawrence Snapp. “To put it in movie industry terms, we will use the big screen as the trailer for the digital experience, driving audiences from our new Noovie pre-show to NCM’s digital properties like Fantasy Movie League and then back to the theater to catch the next big movie. There’s a real synergy between screens of all sizes when it comes to reaching movie audiences, and our goal is to create compelling consumer experiences for movie fans.”

As part of the acquisition, Fantasy Movie League co-founders Eric LaVanchy and Larry Tobin have joined NCM’s growing digital products team, both in the role of general manager of digital gaming. Reporting to Snapp, they will be based in Los Angeles and will oversee the growth of Fantasy Movie League as well as development of new compelling online consumer games for NCM.