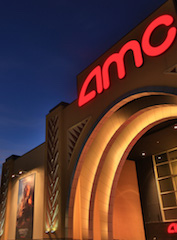 The National Association of Theatre Owners, on behalf of six major movie theatre chains, has filed a lawsuit against the state of New Jersey, claiming a First Amendment right to reopen their locations during the COVID-19 pandemic. Calling their treatment by the state "neither fair nor reasonable," they assert that New Jersey Governor Phil Murphy's administration has allowed churches, malls, museums and other establishments to reopen without laying out a timetable for the reopening of movie theatres and other entertainment venues.

"Plaintiffs bring this action to ensure that movie theatre are treated equally with other similarly situated places of public assembly, and in order to exercise their First Amendment rights to exhibit films of significant artistic, cultural, political and popular merit," the lawsuit says.

In the lawsuit, filed in U.S. District Court for the District of New Jersey, the theatre chains point to Murphy's executive order allowing indoor religious gatherings limited to 100 people or 25 percent capacity, claiming this represents an "unconstitutional and unlawful" distinction.

According to the lawsuit, representatives for the major chains have met with state government officials to share "detailed safety protocols that would be implemented for the reopening of movie theatres." Despite that, the chains allege, the state has still "provided no explanation for their disparate treatment of entities with similar risk levels" for COVID-19.

A spokeswoman in Governor Murphy’s office said they do not comment on pending litigation.