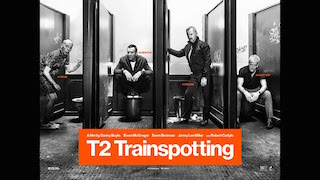 Acclaimed sound designer and re-recording mixer Niv Adiri has chosen Nugen Audio’s Halo Upmix to create surround 5.1 versions of the music and sound effects on a wide range of cinema projects. Adiri most recently used Halo Upmix on the current film T2 Trainspotting. With Halo Upmix, he was able to work from stereo source tracks to deliver a 5.1 mix that was true to the original sound of the music, but also sounded ideal in a range of surround listening environments.

Based in London, Adiri is currently working as a sound designer and re-recording mixer at Pinewood Studios’ Sound 24. He shared an Academy Award and a BAFTA Award with the sound team for the 2013 film Gravity, and more recently was nominated for a BAFTA for his work on the 2016 film Fantastic Beasts and Where to Find Them.

“Halo Upmix is a brilliant addition to my toolset,” said Adiri. “It has become my go-to plug-in for creating surround upmixes. I had some experience with Halo before and knew it could provide the tight sound output I needed for T2 Trainspotting with minimal delays. With Halo, I was able to create a 5.1 mix that is really enveloping, with music that surrounds the listener and fills up the room in a close way without sounding too distant. Halo makes it easy to create that desired result.” 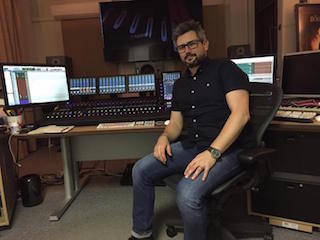 T2 Trainspotting was released in the United Kingdom January 27 and in the United States March 17. For the film’s music, which was naturally very percussive and rhythmic, Adiri used Halo Upmix to tie the 5.1 output as closely as possible to the stereo source to prevent sound diffusion in larger rooms. Also, Halo Upmix enabled him to develop the sound from beginning to end in one session. This meant he did not have to start from scratch when edits came in. He could begin at the point in the mix where the producers and directors had left off previously.

On an upcoming project, Adiri plans to use the 9.1 option for Halo Upmix, which includes overhead positioning and generates a 7.1.2 Dolby Atmos bed track-compatible upmix.

Adiri added, “With technology solutions, you can’t assume that the person who answers the phone will be able to tell you what’s going on inside the tool, but Nugen Audio is the exception. It’s tremendously helpful to be able to have a chat with the guy that actually wrote the plug-in. Nugen Audio’s founders have always made themselves available to explain the logic behind the algorithms and give insight into how the tool works. For the 9.1 version of Halo, I know I’ll be able to work closely with the Nugen Audio team to work out the most positive outcome.”

Jon Schorah, founder and creative director, Nugen Audio said, “Through his illustrious career, Niv has seen technology evolve to become a true enabler of the craft of sound engineering. He is a great testimonial to the role Halo Upmix can play in helping sound engineers meet important surround delivery goals without losing sight of the creative process.”