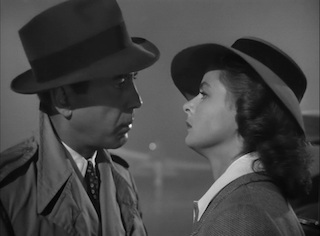 There’s a reason why the classic Warner Bros. film Casablanca has remained one of the world’s favorite movies for more than seventy years. There’s also a reason why, for more than a century, people the world over have loved countless other Hollywood films: movies are magic. And, there’s a reason – more than one in fact – why advertising in cinemas is so effective. Movies connect with us in very emotional ways and leave memories that can last a lifetime. Which was, in essence, the case that Screenvision Media made in its Upfront presentation last week: content in a darkened theatre on the big screen creates memorable impressions.

In a conversation prior to the event, Katy Loria, Screenvision Media’s chief revenue officer, told me that, “impressions have become the new currency in determining an ad’s success or failure.” That concept was the underlying point of their presentation. By using in-depth data, humor, and common sense, she and her colleagues drove home the fact that not all impressions are equal.

The movie going experience continues to attract audiences in masses. In 2016, 1.3 billion moviegoers drove a new record at the box office, resulting in $11.3 billion in ticket sales. The 2017 box office is following suit and is on track to exceed 2016’s all-time high. Year to date, nine films have topped the $10 million box office mark. Concurrently, the cinema advertising industry continues to thrive, closing out 2016 with over $750 million in revenue, accounting for 5.8 percent year-over-year growth.

Meanwhile, TV ratings keep falling and that has the fueled growth in cinema advertising as more television dollars are being allocated there. With that as a backdrop, Screenvision Media focused on reinforcing its core proposition of premier, premium video. The company, which saw its 2016 revenue increase by 20 percent and profit by an astonishing 50 percent, unveiled 10 Pack, a unique package deal for select advertisers. The company also announced a proprietary advanced targeting tool called Cintel that provides more concentrated access to brands’ desired audiences. 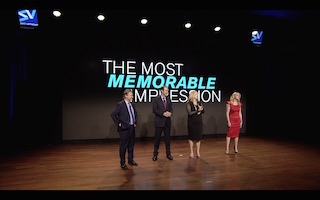 Through its 10 Pack offering – an industry first – Screenvision Media will allow Upfront advertisers the ability to not only align with the biggest tent pole movies, but also have preferred ad placement throughout the year. This in a year that promises a robust slate of highly anticipated movies projected to gross $11.4 billion, exceeding 2016’s record year.

In addition, through Cintel, brands will have the ability to target advertising based on behavioral and psychographic data, in addition to movie genre and demographics. The proprietary tool is fueled by input from a variety of third parties including Nielsen and Movio, along with information gathered from first party data sources. With its refined targeting capabilities, Screenvision Media also announced industry-first targeted content packages, which enable brands to target their content within the company’s Front & Center Preshow.  Through this package, the company can more precisely program a brand’s content before a targeted set of movies that best align with the brand.

“There’s no question that we are at an inflection point in media. Advertisers are looking for memorable impressions that create impact along with TV audience replacement, and they are finding that in cinema,” said John Partilla, CEO of Screenvision Media. “We work hard every day to create an environment that allows for maximum absorption of advertiser messaging, as well as create programs and initiatives that reinforce our impact. There is no better place for storytelling, or making a more memorable impression, than the big screen.”

“TV ratings erosion is real and it’s becoming increasingly harder to buy GRPs effectively. In addition, viewability, fraud and the inability to guarantee a safe environment with appropriate context are major concerns in the digital world,” said Katy Loria, chief revenue officer, Screenvision Media. “During our Upfront this year, we really wanted to drive home our ability to not only deliver the scale required for audience replacement, but the essential role our most memorable impressions play within the media mix. In a landscape where attention is the new ROI and engagement is the new currency, we are the premier of premium video, and we offer the ultimate storytelling canvas for impact.” 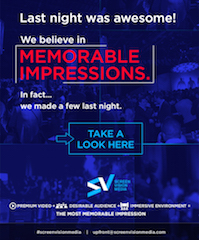 Through Connected Cinema, Screenvision Media’s affiliates enable brands to connect and engage with audiences before, during and after the movies.

“We know that advertisers covet our valuable movie going audiences, and through Connected Cinema, we are able to give them increased touch points as well as positively impact engagement with their brands. It is an exciting time, and we look forward to bringing more affiliates and brands into the Connected Cinema experience, and doing even more to reinforce the most memorable impression in media,” said Christine Martino, executive vice president national ad sales, Screenvision Media.

Screenvision Media also announced its efforts to further unlock the power of memorable impressions within the movie going experience through the commissioning of a research study led by leading neuroscientist, Dr. Duane Varan.  Screenvision Media opened up charter participation in this groundbreaking research to Upfront advertisers during the presentation.

“We are very proud of our unrivaled ad awareness, and we take very seriously our role in harnessing the power of the most memorable impression on behalf of our advertisers. We already see that there is accelerated impact on key KPI’s when cinema is paired with TV, and we look forward to working with advertisers as we undergo this exploration,” said John McCauley, chief strategic development officer, Screenvision Media.

Screenvision Media’s focus on creating the most memorable impression through its in-house branded content studio, 40 Foot Solutions, continues to be a driving force of growth for the company. Thus far, in 2017, the creative studio has produced branded content segments across the watch, consumer electronics, skincare, automotive and wireless categories.

Screenvision Media’s 2017 Upfront event, which was held at the PlayStation Theater in Manhattan’s Time Square district, was produced by Empire Entertainment.