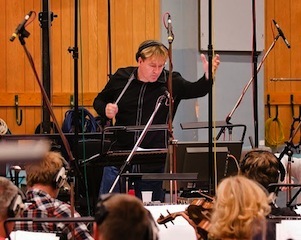 Timothy Williams, a composer for Nashville-based Howling Music, orchestrated and conducted composer Tyler Bates’ score for the box office smash Guardians of the Galaxy. Williams, who has won numerous awards for his work in film, television, advertising and other media, conducted a 95-piece orchestra in a six-day session in Studio One at Abbey Roads Studios in London.

Williams also conducted a 34-voice choir in a separate 2-day session. Guardians of the Galaxy marks Williams’ most recent collaboration with Tyler Bates. He previously orchestrated and conducted Bates’ scores for 300, Sucker Punch, Watchmen and Conan the Barbarian. The score for 300 was also recorded at Abbey Road.

“I enjoy working in London due to the superb quality of its musicians,” said Williams. “Guardians was a complex, difficult score with a lot of action. The ability of the musicians to do it in two or three takes was breathtaking. It was the same with the choir. The music was tricky, but they were able to pull it off in one or two take. Pitch perfect.”

“It was another incredible performance for Tim,” said Howling Music managing director David Grow. “He was conducting fantastic players in the same room where Star Wars, Braveheart and Titanic were recorded and next door to the studio where the Beatles recorded their iconic albums. For musicians, this is huge.” 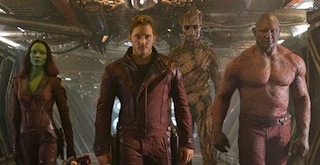 Williams said that the score for Guardians of the Galaxy differed in significant ways from previous Tyler Bates scores. “The orchestration for 300 was dark,” he said. “I used instruments including a double bass, clarinets and contrabassoons in a way that hadn’t been done before to create a feel that was heavy, dark, epic. Guardians was different. It is a fun, exciting movie and we kept it energetic and light, more like Star Wars or a Western. The colors are lighter, more emotional.”

With film, television and advertising music increasingly relying on digital instrumentation, Williams savored the opportunity to work with a large, live orchestra. “What I find most satisfying is working with live musicians,” he said. “It’s exciting to hear a piece played for the first time by live players. Their years of experience, expertise and everything else they bring to it comes together in that one moment.”

“As a company we believe in the power of real players moving air with real instruments,” said Grow. “Nowhere is that more vividly experienced than when you’re in the studio with 95 players all playing the same score. We're thrilled at how well Guardians is doing, but as a music company, we're even more proud of Tim's contribution to a breathtaking soundtrack."