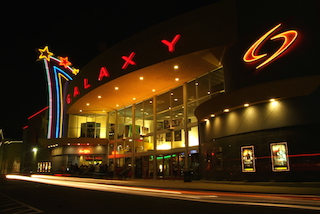 Sony Electronics is unveiling Sony Digital Cinema, the company’s version of an experiential premium large-format movie theatre auditorium. The first Sony Digital Cinema, which will open this spring at Galaxy Theatre’s deluxe Boulevard Mall site, will be the largest auditorium in the Las Vegas market, further enhancing Galaxy’s distinction as the Best Movie Theater in Las Vegas, according to Las Vegas Weekly and Las Vegas Review-Journal.

“This location in Las Vegas is the first in what will be a nationwide rollout of Sony Digital Cinema experiences, which will drive audiences to the movies,” said Bob Raposo, head of cinema at Sony Electronics. “Sony has the capability and tools to be involved in every aspect of a film, from capture, workflow and post-production, to film production and distribution, and experiential theater solutions. We are uniquely positioned to understand and develop products that directly impact and elevate cinemas and their audiences.”

“We strategically chose Las Vegas, a city synonymous with world-class entertainment, for the launch of our new Sony Digital Cinema auditorium at Galaxy Theatres,” explained Rafe Cohen, president of Galaxy Theatres. “We strive to exceed customers’ expectations of a best-in-class theatrical destination, from the concessions and the seating to the technology. We turned to Sony, a company known for quality and excellence, to create a first of its kind Sony Digital Cinema auditorium that is sure to make our Boulevard Mall location a destination for those seeking the best cinematic experience on every level.”

For more than a decade, Sony has been working with many of the world’s biggest and most prestigious theater chains, as well as small independent circuits and art house cinemas to provide exceptional products, service and support that re-invent the moviegoing experience.  Robust offerings include 4K, laser, lamp, HDR, 2D and 3D projection technology options. Sony solutions provide the flexibility requested by theaters, and the superb image quality and natural color reproduction that enhances audience engagement.