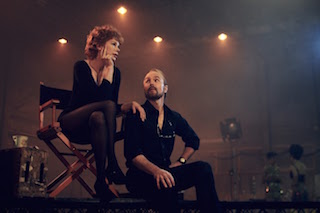 Spanning five decades, Fosse/Verdon explores the singular romantic and creative partnership between Bob Fosse and Gwen Verdon. The former was a visionary filmmaker and one of the theatre's most influential choreographers and directors, while the latter was one of the greatest Broadway dancers of all time.

Given the subject matter, it’s hardly surprising that post-production sound was a crucial element in the series. For its many musical scenes, Timmons and Volante were tasked with conjuring intricate sound beds to match the choreography and meld seamlessly with the score. They also created dense soundscapes to back the very distinctive environments of film sets and Broadway stages, as well as a myriad of other exterior and interior locations.

For Timmons the project’s mix of music and drama posed significant creative challenges but also a unique opportunity. “I grew up in upstate New York and originally hoped to work in live sound, potentially on Broadway,” he recalls. “With this show, I got to work with artists who perform in that world at the highest level. It was not so much a television show as a blend of Broadway music, Broadway acting and television. It was fun to collaborate with people who were working at the top of their game.”

The crew drew on an incredible mix of sources in assembling the sound. Timmons notes that, to recreate Fosse’s hacking cough (a symptom of his overuse of prescription medicine), they poured through audio stems from the classic 1979 film All That Jazz. 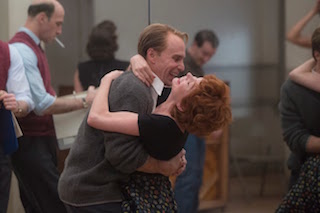 “Roy Scheider, who played Bob Fosse’s alter ego in the film, was unable to cough like him, so Bob went into a recording studio and did some of the coughing himself,” Timmons says. “We ended up using those old recordings along with ADR of Sam Rockwell. When Bob’s health starts to go south, some of the coughing you hear is actually him. Maybe I’m superstitious, but for me it helped to capture his identity. I felt like the spirit of Bob Fosse was there on the set.”

A large portion of the post sound effects were created by Alchemy Post Sound. Most notably, Foley artists meticulously reproduced the footsteps of dancers. Foley tap dancing can be heard throughout the series, not only in musical sequences, but also in certain transitions. “Bob Fosse got his start as a tap dancer, so we used tap sounds as a motif,” explains Timmons. “You hear them when we go into and out of flashbacks and interior monologues.”

Ironically, Alchemy had to avoid delivering sounds that were “too perfect.” Fang points out that scenes depicting musical performances from films were meant to represent the production of those scenes rather than the final product. “We were careful to include natural background sounds that would have been edited out before the film was delivered to theaters,” she explains, adding that those scenes also required Foley to match the dancers’ body motion and costuming. “We spent a lot of time watching old footage of Bob Fosse talking about his work, and how conscious he was not just of the dancers’ footwork, but their shuffling and body language. That’s part of what made his art unique.”

Foley production was unusually collaborative. Alchemy’s team maintained a regular dialogue with the sound editors and were continually exchanging and refining sound elements. “We knew going into the series that we needed to bring out the magic in the dance sequences,” recalls production Foley editor Jonathan Fuhrer. “I spoke with Alchemy every day. I talked with Ryan and Nick about the tonalities we were aiming for and how they would play in the mix. Leslie and Joanna had so many interesting ideas and approaches; I was ceaselessly amazed by the thought they put into performances, props, shoes and surfaces.”

Alchemy also worked hard to achieve realism in creating sounds for non-musical scenes. That included tracking down props to match the series’ different time periods. For a scene set in a film editing room in the 1950s, the crew located a 70-year-old Steenbeck flatbed editor to capture its unique sounds. As musical sequences involved more than tap dancing, the crew assembled a collection of hundreds of pairs of shoes to match the footwear worn by individual performers in specific scenes.

Some sounds undergo subtle changes over the course of the series relative to the passage of time. “Bob Fosse struggled with addictions and he is often seen taking anti-depression medication,” notes Seaman. “In early scenes, we recorded pills in a glass vial, but for scenes in later decades, we switched to plastic.”

Such subtleties add richness to the soundtrack and help cement the character of the era, says Timmons. “Alchemy fulfilled every request we made, no matter how far-fetched,” he recalls. “The number of shoes that they used was incredible. Broadway performers tend to wear shoes with softer soles during rehearsals and shoes with harder soles when they get close to the show. The harder soles are more strenuous. So, the Foley team [was] always careful to choose the right shoes depending on the point in rehearsal depicted in the scene. That’s accuracy.”

The extra effort also resulted in Foley that blended easily with other sound elements, dialogue and music. “I like Alchemy’s work because it has a real, natural and open sound; nothing sounds augmented,” concludes Timmons. “It sounds like the room. It enhances the story even if the audience doesn’t realize it’s there. That’s good Foley.”