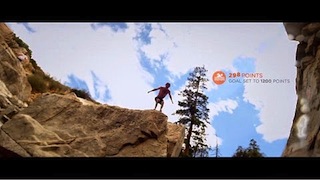 Filmworkers, in association with 2DS Productions, has produced an elegant and inspired advertising campaign for Misfit, a wearable fitness tracker with a sleek design.

The new Internet and in-store ads consist of lifestyle footage of active people using the button-sized device, which can be worn like a piece of jewelry, while engaged in laser tag, rock climbing, diving and other extreme sports. Shot in various locations along the California coast, the imagery is stunning and shows off the features of the device in an organic and unobtrusive manner.

Misfit’s technical functions are further underscored by distinctive 3D graphics that animate over the live action. The accompanying voiceover speaks directly to people who “set forth to scale mountains, to dive to the darkest depths of the sea” and asks them, “Do you accept the challenge?”

Filmworkers produced the campaign from a concept developed by 2DS Productions and director Aram Rappaport. The idea was to make Misfit stand out from other fitness monitoring devices by highlighting its stylishness.

“It looks like a fashion accessory,” explains 2DS Productions’ Bill Ryan. “We’re selling a lifestyle as much as a product.” 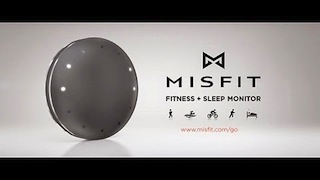 Rappaport’s script for an initial two-minute in-store ad was approved by Misfit’s marketing team and the project went into production in California four days later. In the interim, the production team worked to locate more than a dozen real-life extreme athletes.

“YouTube was a big help,” Rappaport notes. “A producer tracked down a skate crew that I had referenced in a video. They turned out to be Naval Academy guys and skateboarding was their weekend hobby. We found a 20-year-old kid who did loops in his plane. We then traveled from L.A. to San Francisco to Santa Ana to get all the shots.” Production spanned four days.

Editorial, graphics design, animation and post-production were all completed at Filmworkers’ facility in Chicago. Creative director Daniel Pernikoff led the design team in creating graphics elements that included 3D animations, showing the inner components of the Misfit device, that literally pop out of the live action. “We wanted the graphics to be simple, but beautiful, and integrated seamlessly into the piece,” Pernikoff says. “Our aim was to draw attention to the functions of the device, without simply calling out ‘Hey, this is waterproof.’”

Producer Casey Swircz notes that the project utilized virtually every aspect of Filmworkers’ creative services. “It was a very collaborative project,” she says. “We were really pleased with how well everyone worked together and our ability to take the project from beginning to end.”