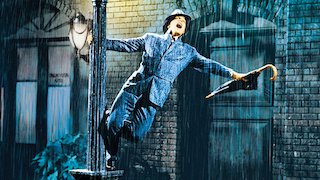 The Last Waltz (1978), Singin’ in the Rain (1952) and several other classics represented by Park Circus will feature as part of the Cinéma de la plage program, a series of free screenings at the Cannes Film Festival, taking place each evening in an open-air theatre on the Macé beach. The festival runs May 17-28.

These include a 50th anniversary screening of Paramount’s The Godfather (1972) in celebration of 100 years of the Motion Pictures Association), Sony’s The Last Picture Show (1971) in homage to director Peter Bogdanovich and Paramount’s The Truman Show (1998) screening ahead of its June 15 reissue across France by distributor Ciné Sorbonne.

The Last Waltz started as a concert and became a celebration. The Band’s historic 1976 Thanksgiving Day farewell performance, directed by Martin Scorsese, is not only “the most beautiful rock film ever made” (The New Yorke), it is also, “one of the most important cultural events of the last two decades” (Rolling Stone). The film features Bob Dylan, Eric Clapton, Neil Young, Ringo Starr, Joni Mitchell, Van Morrison, Muddy Waters and more.

Presented in its original aspect ratio of 1.85:1, this new 4K digital restoration of The Last Waltz was created from a scan of the 35mm original camera negative made in 16-bit 4K resolution on a Lasergraphics Director film scanner at Roundabout Entertainment in Burbank, California. 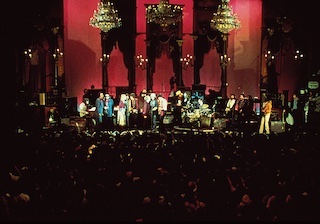 A 35mm print courtesy of Sikelia Productions was used as a color reference. The 5.1 surround soundtrack was remixed from the original two-inch 24-track magnetic masters in 2001 by Ted Hall at Pop Sound in Santa Monica, California, under the supervision of Robbie Robertson. Stereo mixes and stems made by Robertson’s mixer Dan Gellert and approved by Robertson were used in the creation of the 5.1 surround mix.

The new 4K master of Warner Bros. Singin’ in the Rain has been created by meticulously aligning the three separate masters obtained from the original Technicolor negatives. Warner Bros. Imaging carefully scanned each of the black and white “recordings” representing the primary colors red, green and blue. The results present the phenomenal Technicolor photography as it has never been seen before.

This is a great leap forward from previous remasters: For the movie’s 50th anniversary, in 2002, Warner Bros. exclusive Ultra-Resolution technology had been used to realign the separation masters, which was at the time a great stride forward. In 2012, for the 60th anniversary, the process was improved greatly with the Blu-Ray release.

Now, for the 70th anniversary, the use of image-realignment and image-separation technology is a remarkable step forward, with results that look even-more brand new than the initial release. Warner Bros. Motion Picture Imaging used the transfer of the original archived Technicolor dyes as reference for the new master’s color grading, creating an even better image resolution with the use of high dynamic range, making the color palette more vibrant than it’s ever been. For the audio, the new 4K copy offers the audience a new 5.1 mix derived from the original MGM tapes produced during the making of the movie and the best audio technology to offer an even clearer soundtrack than that of the original.