The Fight for Cinema Dollars 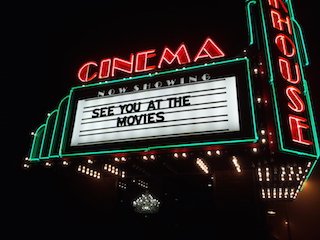 Morgan Stanley analyst Benjamin Swinburne issued a report this week in which he argues that the big studios should get serious about premium on-demand video and suggests that Hollywood release feature films to the home while they’re still showing in movie theatres.

Swinburne insists that early release would be a financial windfall for the studios. Premium video on demand has the potential to provide a $4 billion market opportunity, according to Swinburne.

Swinburne estimates the studios could charge between $30-$50 per title, as opposed to the $5-$7 they currently charge once a movie’s theatrical run expires.

According to Swinburne, a recent Morgan Stanley survey indicated that about a quarter of respondents were "definitely" or "probably" interested in watching movies at home right after they come out in theatres. Swinburne, as have others, noted that they tend to be the same people who already go to the movies often.

"Broad adoption of premium video on-demand could represent a shift in economic share from distributors to studios," he says in his report, creating $2 billion more in revenue for movie studios come 2020.

"Premium video on demand rental is worth two to three times more to studios than a movie ticket," Swinburne wrote in a note to clients. "Americans spend about $11 billion to go to the movies each year, and another $12 billion on home video, a pie that is flat to declining due to increasing competition from the explosion in high quality TV led by Netflix."

Potential beneficiaries of Swinburne’s proposal include the studio parents: Lionsgate, Time Warner, Viacom, 21st Century Fox, Disney, and Comcast. In the report Swinburne concedes that exhibitors would be harmed in this scenario.

Wall Street has recently soured a bit on the exhibition business because box office numbers are down nearly one percent compared with last year in a 2017 that analysts predicted would outperform 2016.

Swinburne concedes that what he is suggesting won’t happen soon. "The exhibitors oppose these changes, and there are contractual agreements between the studios and exhibitors that will likely have to be addressed for premium video on-demand to move forward," Swinburne said.

"Fortunately, the large exhibitors have been investing in their own product through luxury seating and premium food and beverage, which should help continue differentiating the experience," Swinburne says in his report. "Also helping in this case is that, at this point, Disney is not interested in closing the windows, given its domination of the theatrical business."