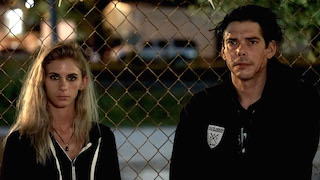 The series, which premiered on Viceland last year, takes place in southern Florida and also tries to expose the corruption and exploitation that takes place in the rehab industry. The majority of Dopesick Nation was shot by cinematographers Mike Goodman and Greg Taylor with Panasonic VariCam LT cinema cameras. The Viceland series comes from an original story from a documentary feature called American Relapse, which was also shot by Goodman and Taylor. Before the feature was finished, Viceland took interest in the characters and ordered more in-depth, one-hour episodes of the show, which became Dopesick Nation.

Although the documentary was shot on the Sony F55, for the Viceland series, Goodman and Taylor decided to go with the VariCam LT due to its lowlight performance. “The unpredictable nature of addiction was the biggest challenge,” explains Goodman. “Because we were dealing with real people with real problems, we had to be prepared for any situation. Hanging out in alleys in the Florida heat, running down the railroad tracks to revive an overdose victim, sudden rain showers and cramped shooting conditions were the norm, so my camera team and I just had to get used to it. We were really impressed with how the VariCam LTs held up to the abuse and kept on operating as expected.”

For Taylor, the intensity of facing the inside world of his subjects while still keeping an eye for story and composition was his biggest challenge. “Every day was ambitious and really unique and there were times we didn’t know exactly how things would play out,” says Taylor. “Some days we would be around needles, prostitution, overdoses, drug dealers, you name it. “You had to keep your cool even if you felt uneasy and it was 4am. Staying on your toes and being present to the situation was incredibly important.”

For the look of the series, Taylor felt a dark and gritty feel would best serve the story and he and Goodman would often try and dirty up the borders of the frame. They came up a vocabulary to describe the visual intent for certain situations. Dragon Fire was a code phrase for a colorful background bokeh and SIC (Scene In Car) was their go-to driving interview technique where they would shoot their subjects with a handheld camera. 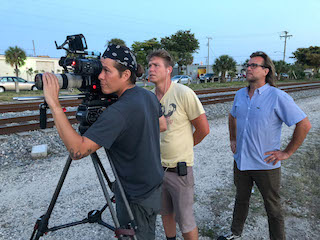 “You have idyllic beaches, retirement communities, and families on vacation that are just blocks away from hotbeds of drug abuse caused by the opioid crisis,” says Goodman, on shooting in Southeast Florida. “We had a very small lighting package and rarely the time to use it. Embracing the mixed natural lighting of the world was key to controlling the look of the show.”

Goodman and Taylor used two VariCam LTs to shoot their scenes and the camera team would often split up to cover more ground and get a more intimate, one on one, perspective with Allie and Frank or the addicts they were following. First AC, Evan Parquette, was tasked with picking up establishing shots and setting up car rigs while the main operators shot the scene. The production also used DJI drones, Sony A7S2s, Canon 5Ds, and GoPro 6s to capture additional footage for b-roll and car rigs. Viceland’s deliverables were 1080p so Goodman and Taylor recorded ProRes files so they could switch between 23.98, 48, and 60 frames-per-second on the fly. They also captured in V-Log and used the V-709 LUT for monitoring.

Since they knew they were going to be pushing the VariCam sensor to the limit, Goodman and Taylor stuck to the camera’s native ISOs (800 and 5,000) to keep the blacks “clean and velvety” and to minimize noise. “There was a big desire to make everything fast on set because we were often chasing after subjects in dark alleyways and under dimly lit bridges, maybe near a train track with absolutely no time for supplemental lighting,” says Taylor. “The 5000 ISO really got us out of some tight spots where other sensors might have fallen apart. Often, all you’d have to work with would be a street lamp, which would have to act as the key and then creatively get the scene to play out in the direction where we could see faces.”

“We felt blessed when the production was able to accommodate, and we could worry a lot less about needing to bring in lights that would disrupt the subject and/or create a situation where the crew stood out in potentially dangerous situations,” adds Goodman.

For lensing, Goodman and Taylor’s go-to lens was the Canon Cine-Servo 17-120MM T2.95-3.9 zoom, but they also used Canon L-series and Zeiss prime lenses when they needed extra speed and a less obtrusive camera setup. “Greg and I often had to assure the producers, who couldn’t look through the EVF, that the shot wasn’t just exposed properly, but that it looked great,” says Goodman. “We also established a rule for shooting b roll. It would always be shot on sticks and one camera would have a 24mm Zeiss Compact Prime and the other would use a 100mm Zeiss Compact prime in order to force the operators to find different looks.”

Dopesick Nation was posted at T-Group in Culver City, as well as the Viceland offices and Pat McGee Pictures.  The color grade was performed by Devon Collins at Revolution Post. According to Goodman, Collins continued the trend of using all the different light sources to create a show with lots of color and deep blacks.

For one scene, Taylor and his crew were in a park trying to meet up with a person with an addiction who was sitting on a seawall near a waterway in a near pitch-black setting. “There was no light anywhere nearby, but his background had this flowy Christmas light sort of blur from a bridge,” explains Taylor. “The subject said he wanted to tell us his story right then and there. Knowing it was now or never, I scrambled into my pocket, turned on the flashlight on my iPhone and hoped post wouldn’t kill us. There was a cup or something on the ground and we leaned and angled the light it to fill in the bottom side of the character’s face. In the end it was a really powerful moment and I don’t think we could have planned it any better or differently than what we got – a raw unfiltered tale of the harrowing realities of addiction.”