Commercial Explores the Lighter Side of Moving 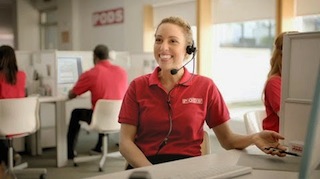 People seek help with life’s challenges from courteous call center employees. Call center workers dispense advice on moving, storage and some of life’s most ticklish problems in a clever new campaign directed by Story’s Jeff France for PODS and The Richards Group.

Each of four new spots features a telephone exchange between a PODS call center rep and a potential customer. In Don’t Like, a man describes a litany of things he dreads about an upcoming move, including housework, feeling rushed, people pestering me and talking. The friendly PODS agent responds with advice on how the company can help him avoid these problems. She’s momentarily speechless, however, when he says the job for which he’s relocating is marriage counselor.

The other spots probe similarly funny scenarios: a young mom who has two weeks to move and doesn’t know what to do with her rambunctious children; a woman whose good-for-nothing brother-in-law is about to invade her study; and a comparison shopper with boxes of outdated clothes she may never want to see again.

“The scripts nimbly present the diversity of services PODS offers in fun and engaging ways,” says France. “Each scenario centers on a person with a familiar need who is immediately calmed and helped by a PODS employee. Strategically, they’re brilliant.”

France directed the spots with a light touch. The performances he elicited from his cast are spontaneous, empathic and real. “We kept it simple and true to life,” he says. “Most people have had the experience of having a relative move in with them, or of needing to move in a hurry. That’s why these stories are so compelling.”

France says that he knew the campaign was a winner from the moment he saw the storyboards. “I was blessed to be working with a great agency and great scripts,” he concludes. “My job was to get on the wave and enjoy the ride.”