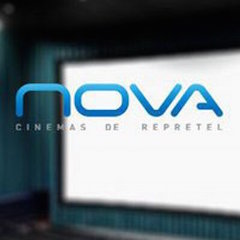 A Christie Duo projection system was recently installed in Nova One, Costa Rica’s biggest film screen. Nova One is the main screen at the Nova Cinemas multiplex located in the newly opened Plaza Real Alajuela shopping mall in San José, the capital of Costa Rica. It is also the country’s first theater to use Dolby Atmos sound and dual 4K projectors.

The recently opened Plaza Real Alajuela shopping mall has nine screens seating a total of 1540, all equipped with projectors from the Christie Solaria Series. They belong to the Nova Cinemas chain, owned by the Repretel media company. The installation was undertaken by Vidicom, a Costa Rican company specialized in rental, sale and integration of sophisticated audiovisual systems.

The main screen in the new complex was given the name Nova One. It is a PLF (Premium Large Format) theater with a 20-meter wide screen, the biggest in the country, and seats 273 people. The Christie Duo system installed here consists of two 4K DLP Cinema Christie CP4220 projectors (22,000 lumens, 4K resolution) that doubles the light output, creating higher quality and sharper images both for 2D and 3D. The theater is also equipped with a Dolby ShowVault/IMB server and the MasterImage Dual solution for 3D screenings.

Earmarked for 3D projection, the Christie Duo operates as a totally integrated dual projection system that dedicates one projector to the right eye and the other to the left eye. The result is double the brightness on the screen, thus proportioning a brighter, more attractive and comfortable 3D visualization experience.

“The Christie Duo is the closest option in Xenon to 6P laser projection technology,” said Juan Carlos Cotúa Fiorentini, managing director of Vidicom, before going on to add that “the quality of the image and the efficiency of the system is really amazing. The definition, color saturation, light and contrast ratio are way better that what we are used to seeing in conventional film theaters.” 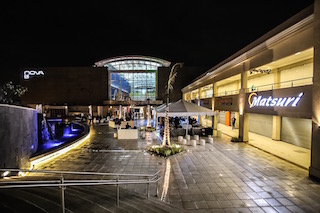 In the other eight screens in the new multiplex, Vidicom installed various models from the Christie Solaria Series, including CP2215, CP2208 and CP2220 projectors. All the screens are equipped with Dolby IMS2000 or Dolby ShowVault servers. In addition to Nova One, another four screens are 3D-ready, in this case with the X-Mirror 3D system.

Three of the screens, including Nova One, are equipped with the Christie ACT automation control solution. Christie ACT is a flexible web-based solution conceived to proportion total control of all in-theater functions (light dimmers, masking motors, audio levels, projectors, servers from any web capable device on the same network.

The Nova Cinemas in Plaza Real Alajuela are also equipped with Christie Avias-TMS theatre management system, which affords simple centralized control over all the projections in a multiplex. The system monitors the status of all the theaters in a multiplex, what’s showing on each screen and the overall progress of the playlist. Operators can start, stop, pause or change any show, on any screen, from anywhere, as well as create and program playlists, and automatize the scheduling of new content.

“The Christie DUO 4K projector in Nova One uses two 3.0KW bulbs with a use life of 1500 hours and highly compact single-phase UPS”, added Fiorentini. “On the contrary, other similar screens in the country that are equipped with the current leading large format system use two projectors with 6.0KW bulbs that last no more than 800 hours and come with three-phase UPS, which consume a lot more energy.”

Juan Carlos Chávez, Christie director for Latin America said, “We are delighted with the trust Nova Cinemas has placed in our cinema equipment. And we are especially proud that it opted for the Christie Duo solution, which gives the exhibitor the ability to create and sustain, under its own brand, a high quality special movie-going experience, with considerable savings in overall costs.”