“It’s like nothing we have ever seen before,” said Graham Spurling, the owner of Movies @ Cinemas, one of Ireland’s largest cinema chains. “The rule book has been ripped apart. But look, we have got to keep positive. We will see good times again.” He’s not the self-proclaimed World’s Greatest Showman for nothing. Full disclosure, I consider him to be my friend.

If the cinema industry were a periscope, it would be helpful for us all to see Spurling’s smiling face at the end of it, a reminder of why we all got into this business in the first place. Reminiscent of that old Tommy Cooper joke: “So I was getting into my car, and this bloke says to me 'Can you give me a lift?' and I said, 'Sure, you look great, the world's your oyster, go for it'.”

There has been so much written and speculated in the last few months about the COVID-19 pandemic it’s a wonder there is anything worthwhile left to say. But talking to Graham highlighted the winners and losers that we will see as this situation unfolds. There are plenty of good reasons why Graham is as successful as he is, and his positive mental attitude is a big part of it.

When cinemas reopened on June 29, three weeks ahead of schedule in Ireland, Graham was three quarters of the way through a lengthy and sustained campaign on social media, counting down the days till reopening. 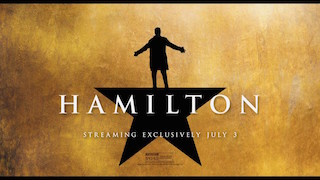 “We thought about an ad campaign but we had to keep the costs down so we relied on social media,” he told me, and anyone connected to [email protected] Cinemas would have seen his daily reminder across every platform going. “What struck us was yes, I had 6,000 likes for one or two posts and you tend to think that’s great, everybody knows, but it took a while for word to get out that cinemas were open across the country. Social media is only a part of it.

“I had a conversation with some people in a village near where I live who had no idea we were back open and had been for a couple of weeks. They were the sort of people nobody would take to the cinema. Then again, a sniper wouldn’t have taken them out to be honest,” he laughed. But clearly the messaging needed work. “You see a closed cinema and assume it will remain shut,” he said, “Yet it’s open that night. It’s taken time for people to realize that.”

Graham’s own position in the global cinema community is well established; a product of years of hard work and investment in his own and his company’s profile, dwarfing those of his competitors in a territory as small as Ireland. Were they resentful of this I wonder? He told me, “One rival of mine, who will remain nameless, told a mutual friend through gritted teeth that he was actually grateful to me for going out into the mainstream press, and talking about social distancing and educating the public about what going to the cinema is going to be like, now we are open again.”

[email protected] had a fantastic opening fortnight, emulating 25 percent of last year’s box office, far in excess of others at the same time who reported 10 percent and 12 percent. Graham puts that largely down to his company’s relentless marketing efforts online. However this has stalled since and that can only be blamed on a lack of content from the studios. 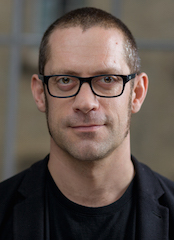 Hamilton’s theatrical release being redirected to Disney + did not help matters, but there are other examples of this across the board. “The studios have left us European exhibitors out in the cold,” he told me. “If the virus was bad in Europe and fine in the U.S. you can bet your life we would have a ton of good titles to juggle about now. But it is what it is.”

It’s just another problem to be overcome for Graham though. Rather than leave those screens dark or pack them full of classic ‘80s blockbusters and cross his fingers, he’s concentrated his efforts on private hire, offering his auditoria to the public at €7 a head to screen their own DVDs, stream content and enjoy those substantial concessions and a state-of-the-art cinema experience in one of the smartest shopping centers in Europe.

Graham has made a success of event cinema at [email protected] by boldly experimenting with all manner of genres right from the beginning. He was a loyal and vocal founding board member of the Event Cinema Association, flag waving and shouting about best practices at industry events for years, making a name for himself and the ECA in the process. His audience numbers frequently make headlines at home and abroad. Loyal though he is, he told me “Event cinema is the loser in all this, I’m afraid.” Variously, he explained that the terms his distributor partners were offering were unrealistically high: “I’m getting content for 10, 15 percent, not 50 percent. I can’t operate a cinema with only 50 socially-distanced occupants [even] at 50 percent; it’ll ruin me.”

Also problematic is the content itself, skewed towards an older demographic, who, frightened by the virus, have stayed well away from the movies. In Ireland the lockdown was very faithfully adhered to. My own Dublin-based mother-in-law didn’t leave the house for four months. The older audience has yet to return to cinemas in any significant numbers, and I doubt Mrs. Cogavin, Sr. has any such plans in the diary for the foreseeable. This will badly affect my beloved event cinema. 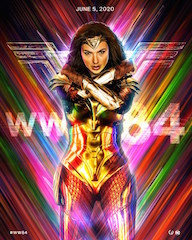 In addition, event cinema’s niche position, previously being seen as something of a strength is now seen as a weakness in times of crisis. Operating on the fringes of exhibition, occupying around 5-10 percent of a cinema’s box office in general, this is fine under normal circumstances, but mainstream appeal is crucial if a cinema operating at half its capacity has a hope of breaking even.

Which, presumably, must be putting huge pressure on event cinema producers and distributors.

Marc Allenby of Trafalgar Releasing told me, “It’s affecting the entire industry. The model for event cinema is slightly different though than for studio content; it’s based on a much more short-term model of theatrical rights acquisitions only. Studios produce their own [intellectual property]. Not so for event cinema. That added to the costs born by the producers of opera, theatre, ballet, other live events – you can imagine the costs involved in staging a live event in a venue. It’s not ideal. We aren’t able to offer the same kinds of terms that a studio that is reviving some old [intellectual property] to get bums on seats. It’s a different methodology altogether.”

What is the long-term strategy if this is the short-term environment? “We are looking well ahead,” said Allenby. “Acquiring rights to content into 2021, in talks, lining up next year’s slate.  We are optimistic we will weather this storm.”

Dark screens and empty theatres would presumably be a ripe opportunity for event cinema content to connect with fans but for all the above reasons, it’s not quite the golden goose you’d expect.  Switching hats, Allenby, an ECA Board Member told me drily, “What we would prefer is a buoyant market all round.” 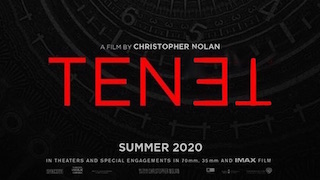 Which brings us to Tenet, the elusive, supposedly lifesaving, Christopher Nolan-penned blockbuster of the summer, tantalizingly out of cinemas’ reach while studio executives wring their hands over the lost marketing dollars versus the reduced occupancy.

“I wouldn’t mind if this was Wonder Woman 1984,” Graham frothed, but he feels the hype over what is essentially adult art house cinema by a highly respected director lacks the mainstream appeal that would have families emerging from their homes in masks, treating themselves to pick n mix and popcorn. At the time of this writing Star Wars, Mulan and Avatar have been postponed till 2021. Exhibitors outside the U.S. are understandably furious, venting their anger all over social media.

One happy consequence of audiences returning is the leap in concessions sales however. “It’s been huge,” Graham said, initially assuming this is because in tough times people will reward themselves not with a new car or a holiday but with a large popcorn. But there is more to this. Historically, in times of recession, we have seen this consumer behavior again and again. But Graham also pointed out that the Irish government’s generous bailout scheme for workers had staff used to earning €80-100 a week suddenly being given €350 a week to stay at home. The money added up and there was nowhere to spend it. So they had a little unexpected extra money to spend when the cinemas opened up again.”

“We will get there again,” Graham said. “We have to be positive.” But the supply of content from the studios has got to be more forthcoming, more considerate of the European market, he added. “It’s 25 percent of the global box office,” he said. “We can’t just keep waiting.”

Graham is right; we will get there again, but there are already winners and losers. It’ll take hard graft, imagination, lateral thinking and determination to get through this. We must continue to help each other and remember what a close-knit community we have in distribution and exhibition. Partnership, perseverance and versatility are the keys to getting over COVID-19. That, and a positive mental attitude.