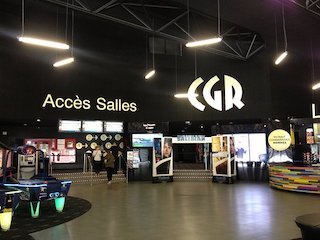 CGR Cinemas, France’s second biggest multiplex chain behind Pathé, has been put on the market by its owners, Luc and Charles Raymond. The family-owned business has an estimated value of about $1.1 billion, according to Jocelyn Bouyssy, CGR’s long-time managing director who has been assigned to find a buyer for the group.

The story was first reported by Boxoffice.

Founded in 1966 in the Southwestern town of La Rochelle, CGR Cinemas now boasts 74 venues, over 700 screens and more than 2,000 staffers on the payroll. The company began diversifying in recent years by investing in the French distribution company Apollo Films, as well as in hotels and restaurants.

CGR Cinemas also launched a new premium format called ICE (Immersive Cinema Experience) that outperformed Imax, Dolby Cinema and 4DX in 2019. In that pre-pandemic year, CGR Cinemas had an annual revenue of roughly €280 million ($303 million), which fell to €240 million ($260 million) in 2021 with losses of close to €45 million ($48 million), according to Bouyssy.

CGR Cinemas was shut down for several months in 2020 and 2021, like all other theatres, due to the pandemic, and reopened with limited seating capacity and mandatory masks in May 2021. Most recently, concessions were banned in cinemas for over a month at the start of 2022 due to the omicron variant of COVID.

Although France is home to Europe’s largest nation of moviegoers in terms of ticket sales, the French box office hasn’t yet recovered from the successive shutdowns, restrictions, and delayed releases; and some audiences are still staying away due to health concerns.