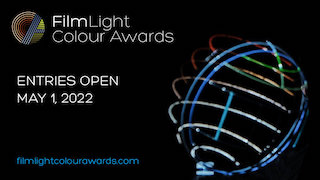 Since the dawn of color cinema, there has always been a demand for a skilled and sympathetic person to guide color throughout a production. Back then, the color timer worked to the instructions of the cinematographer, looking essentially to achieve consistency: dramatic color shifts using irreversible wet chemistry were rarely undertaken. But while the director and cinematographer may be household names, the colorist may still go unheralded outside a small community. To correct this neglect of a vital talent in the overall creative team, last year we created the FilmLight Color Awards.

Nominations are currently being accepted for the 2022 awards.

Today, in the digital era, the colorist has a powerful, creative role, working in partnership alongside the director and the cinematographer to create a distinctive and evocative look. Subtly, subliminally, they work together to use color and light to create the atmosphere of every shot. The manipulation of color has become a key part of the mood-building and storytelling. 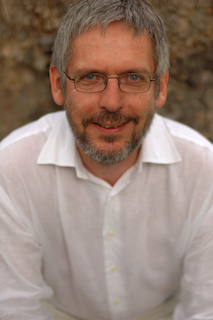 Importantly, although we as a company have been providing tools for colorists for two decades, the awards are open to users of any grading platform. We put our name and our administration to them, but we are determined that they recognise the work of the best of the best, whatever technology they use.

The 2021 awards were presented at the EnergaCamerImage festival in Toruń, Poland, in November, with each winner taking the chance to showcase their projects and talk about their work before a very knowledgeable and appreciative audience. The 2022 FilmLight Color Awards will also culminate in presentations at this year’s EnergaCamerImage, the thirtieth year of this prestigious festival.

Last year our ambition was born out in the remarkable number and quality of nominations, and in the calibre of the winners.

Indeed, in one category – television series or episodics – the standard was so high that the jury chose joint winners. Tony D’Amore of Picture Shop in LA graded Fargo for FX, and won for the highly stylized look of episode 409, East/West. He took the prize jointly with Damien Vandercruyssen for the Apple+ series Lisey’s Story, based on the Stephen King novel.

Perhaps surprisingly for a color award, East/West was entirely monochrome: D’Amore created unique LUTs in pre-production to convert the raw color files to a deep, gritty black and white, using the retained color information to drive the detail of the monochrome output.

For Lisey’s Story, Vandercruyssen had the creative challenge to give the audience a clear steer between ‘reality’ – very colorful, with warm, golden highlights – and the more surreal scenes in the scavenger hunt, which are foggy, mysterious and dark.

The evocation of a classic style was also behind the winner of the award for best grade on a commercial, which went to Tim Masick of Company 3 New York for his work on the Dior Spring Summer 2021 Collection. A visually lush exercise in chiaroscuro, the look emulates an oil painting in the sensation of light bouncing off the surface, of the texture of the paint as well as ensuring that it is the skin tone of the models that draws the eye.

The final award in 2021 was the exception to the open rule: it honored the most innovative use of the Baselight grading platform. It went to Le Labo in Paris for a number of developments in shaders and gamut manipulation. The results were seen in the Zazi Films production Miss, graded by Gilles Granier and Fabien Napoli with strong support from technical lead Arnaud Caréo.

In response to comments from participants and judges, we have made some changes to the programme, expanding the number of awards on offer.

The program has now separated music videos and commercials, and there is a new category: the Spotlight award. This seeks to find the new and unsung talents in the industry who can demonstrate their contribution to the creative impact of a low budget feature film or television movie.

At FilmLight we are proud to have instigated the Color Awards, but they are very much part of the industry as a whole. As well as EnergaCamerImage, the awards are actively supported by prominent international groups such as the ASC, BSC, AFC, Imago (the International Federation of Cinematographers) and CSI (Colorist Society International). As in 2021, this year’s programme will be independently judged by renowned directors, DoPs and colorists.

If you know of a colorist whose creative and technical work deserves recognition beyond the wider circle of the industry, this is your chance.

Nominations are now being actively sought. Find out more at www.filmlightcolorawards.com.

Wolfgang Lempp is the CEO of FilmLight