Capturing The Morning After 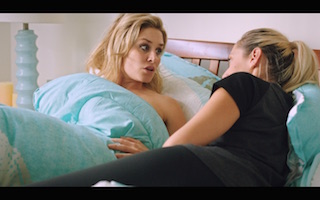 Shanra J. Kehl’s The Morning After features eight intercut vignettes shot in eight locations in 11 days, telling the story of the moment when you wake up next to someone... the next morning. Kehl served as director/writer/producer and cinematographer on the film. She shot with shot with Cooke S4/I lenses.

“I’ve always been a really big fan of Cooke lenses,” said Kehl. “To my eye, you get a warmer image that’s gentler on the skin and a really good friend to the actors by not calling out whatever flaws they might have, especially in 4K and above. The light the Cooke lenses absorb gives you a more pastel-like look that enhances the pallet of the Alexa Plus in a warm, glowy way. It’s just beautiful and that’s what I needed.”

In those awkward moment-after moments when people don’t say what they want to say, Kehl wanted to portray a dreamy, hopeful world with light and exposure to make her characters more vulnerable and lead to more conversation. The Morning After is brightly lit, with emotions exposed and raw. 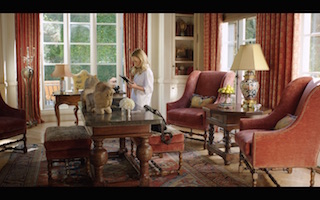 “When writing, I envisioned large windows lighting the film so that the characters couldn’t hide in a corner,” said Kehl. “We used windows as the main light source and then added minimal fill lighting. The window was key, and we had to shoot at the right time of the day in all eight locations.”

In a mansion, Kehl blocked and scheduled for light coming through the windows. A hotel room was booked with an eastern exposure to capture sunrise, while the two sets that were built — a room in a hostel and a dot com loft — were created to give similar lighting.

“The hostel scene was one where the Cooke S4/i lenses really shone,” said Kehl. “Sunlight burst through the window and we had to add more negative fill. But once I went to color correct, the Cookes held up so well with the Alexa Plus that you can’t tell. When you have a window with someone in front of it, the light is so soft and just wraps around their skin, even when diffused.” 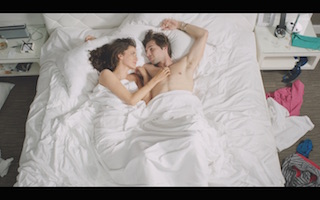 “If you haven’t used Cookes before, what are you waiting for?” asks Kehl. “They make a cinematographer’s and gaffer’s job easier when you pick the right camera and right lens. And, it enhances the look of the actors. That’s the director in me.”

After touring the festival circuit in 2015 and 2016 — garnering multiple nominations and wins —The Morning After was picked up by Amazon, Fandango, Apple TV, HBO Europe and Lighthouse Home Entertainment for on-disc and on-demand release in Germany. It is also scheduled to be added to the lineup of a number of cable network providers.

The Morning After was produced by Oops Productions and He and She Films. The extended trailer can be seen at http://www.themorningaftermovie.com/the-film-1/.