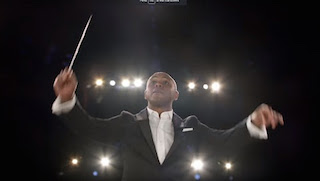 The precision engineering of GMC’s redesigned Acadia is compared to a world-class orchestra in a beautifully-crafted new spot, directed by Bully Pictures’ Sebastian Weiland for Digitas and Leo Burnett. Shots of a symphony orchestra, playing the introduction to The Who’s classic Eminence Front, are seamlessly blended with images of the next generation SUV driving through spectacular urban locales and landscapes. The voiceover invokes the confidence and attention to detail embodied by both orchestra and vehicle.

The commercial’s cast included 73 professional musicians led by Kazem Abdullah, an American-born conductor who serves as general music director of the city of Aachen, Germany. They perform the Who song (in a special orchestration from music house Mophonics) live. “None of the musicians had met before, but after a couple practice sessions, they sounded like they had been playing together for years,” said Weiland. “It was an amazing experience.”

The production included shoots in New York and Seattle. 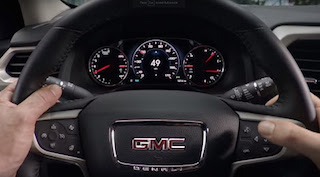 Weiland subtly reinforces the comparison between the orchestra and Acadia through a series of artfully designed shots. The strings of a cello mirror the cables of a suspension bridge. An image of the SUV’s steering wheel and gauges dissolves into an overhead shot of the musicians arranged in a nearly identical, semi-circular pattern.

“We use very clean shots throughout,” Weiland said. “It was important to me that we built the story. Near the end, we transition from inside the cabin of the car to a wide shot of the audience giving the orchestra a standing ovation. That leads to our hero moment, as we reveal the car in all its beauty and glory.”

Weiland has been directing high-end car commercials for nearly a decade, and is known for the unique way he lights and shoots cars, his attention to detail, and for the passion evident in his work. “This project involved a great collaboration with the agencies’ creative teams and the client,” he said. “All around, it was a great match.” 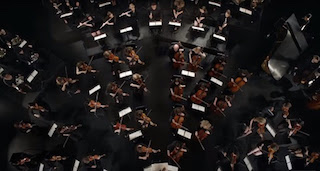