Bringing the Stadium Experience to You 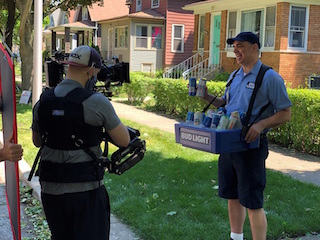 While Major League Baseball fans won’t be going to the ballpark this year, Bud Light is bringing a bit of the ballpark to them. A new broadcast and social advertising campaign, produced by Story and directed by Ron Lazzeretti for FCB, Chicago, pays tribute to one of baseball’s most revered characters: the beer man. 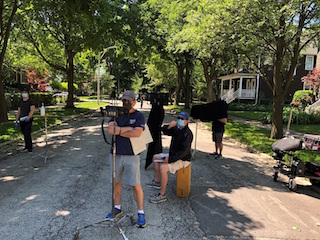 In each variation of the spot, the vendor engages in familiar stadium banter, but instead of fans sitting in bleachers, he’s calling out to people watching the game from the comfort of the living room couch. Released to coincide with the start of the abbreviated MLB season, the spots direct viewers to a website where they can order home delivery of Bud Light.

Story produced the package while working in compliance with AICP and CDC COVID-19 guidelines and with the approval of the DGA, IA, SAG and the Illinois Film Office.

The scenario allowed Lazzeretti to shoot more than a half dozen spots with one actor and a small crew on a single tree-lined street. The entire crew wore masks, maintained social distancing and followed strict guidelines for safety and hygiene.

One thing that wasn’t in short supply was Lazzeretti’s comedic magic. Directed with a light touch, the spots ooze kooky charm.

“There’s a simplicity to the spots that I just love,” Lazzeretti says. “And as always with work like this, casting is such a huge thing.  Just a very sweet campaign, fun to shoot and fun to see.”