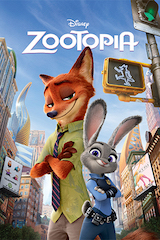 The International Union of Cinemas has released its provisional update on admissions and box office revenues across Europe for 2016. While the increase was also the result of a wide range of highly successful local films across Europe, box office was again dominated by strong international titles, including, but not limited to, Rogue One: A Star Wars Story, Zootopia, Fantastic Beasts and Where to Find Them, The Secret Life of Pets and Ice Age: Collision Course.

France saw admissions increase by 3.6 per cent compared to 2015 and achieved its second-best performance for the past 50 years. Similarly, Russia enjoyed very positive results (box office +9.6 per cent / admissions +10.1 per cent), asserting itself as the second biggest UNIC territory with over 190 million admissions.

While the UK box office increased by 0.5 per cent in 2016 – beating a record set in 2015 – admissions slightly decreased by 2.1 per cent. This was primarily due to the unprecedented success of Sprectre and Star Wars: The Force Awakens in the previous year. A similar trend was observed in Turkey (box office +2.2 per cent / admissions -3.0 per cent), where the box office was once again dominated by local productions.

The International Union of Cinemas unic-cinemas.org