Back to Basics for Son of Saul 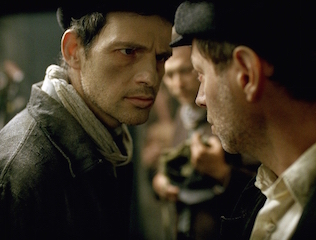 Son of Saul, László Nemes’ Golden Globe winner, is set in the horrors of Auschwitz in 1944. The movie was shot on 35mm film, which underlined its stark and understated look. To capture the emotions that underpin the movie, Nemes set about what seems today like a revolutionary analog to digital workflow: he not only shot the feature on film, but he finished and reviewed it on film, too. Son of Saul is a very raw story. The harrowing story, also nominated for best foreign language Oscar, got its subtle grading atmosphere from one of the FilmLight Baselight suites at Budapest facility Magyar Filmlabor (Hungarian Filmlab). Having achieved the visual style that Nemes and the movie’s DP Mátyás Erdély wanted in the film print, colorist László Kovács set about recreating this in Baselight.

“We never wanted to make a ‘pretty’ film,” said Erdély. “We were aiming for something very raw and very simple. It was treated with the utmost care by László, and I was very impressed by what we were able to accomplish.” 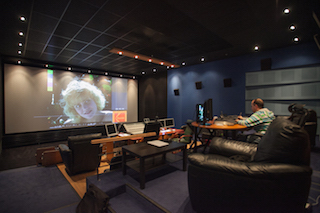 Son of Saul, winner of the Golden Globe for best foreign language film, was made on a tight budget and shot using Kodak stocks in Arri cameras. Post at Magyar Filmlabor saw a combination of traditional color timing and digital grading to achieve the required look. “Even in the DI we mainly used primary color correction,” according to Erdély. “We wanted to limit ourselves to the most essential tools.

“The look itself may be very simple, but the way it was achieved was very sophisticated,” he added. “We did not want audiences to even realize it had been graded, which required a really subtle approach. There was a lot of creativity and talent involved – but the outcome looks like there wasn’t.”

For the post, the 35mm negatives were digitized at 4K resolution by a FilmLight Northlight scanner, allowing the film’s producers to create a 4K digital master from which both 35mm release prints and 2K DCP files were derived. Close liaison between Magyar Filmlabor’s colorists and color timers ensured the two deliverables were a perfect match.

Magyar Filmlabor has long been an advocate of the power of FilmLight’s post-production tools: its first Baselight One system is serial number 4. The company also has a Baselight Four for major projects such as Son of Saul. It is the leading post house in Hungary, with work flooding in from western as well as Eastern Europe.

Son of Saul – Saul Fia in its original Hungarian – has won numerous awards including four at the 2015 Cannes Film Festival where it was first seen.