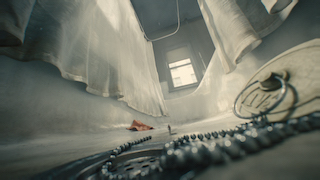 Ant-Man is a comic-book superhero that uses a special suit to shrink in size while gaining in strength. In the latest Marvel creation for the big screen, Ant-Man’s adventures involve a battle against a foe that uses similar technology for nefarious ends. The project, directed by Peyton Reed and photographed by Russell Carpenter ASC, extends the strong and successful working relationship between Marvel and Codex. Issues of scale and how to convincingly present it to the audience dominated most of the decisions about cinematography and visual effects. For guidance, the filmmakers looked at films with similar characters going all the way back to Darby O’Gill and the Little People, photographed with extensive forced perspective and giant props in 1959 by Winton Hoch ASC.

Carpenter had explored miniature humans in Frank Oz’s 1995 feature The Indian in the Cupboard, and the opposite in Christopher Guest’s Attack of the 50 Ft. Woman (1993), but in the interim, a technological revolution allowed for a completely different approach on Ant-Man.

“Even in the past four or five years, the technology has advanced light-years,” says Carpenter. “It’s so much more stable and heavy-duty. On a lengthy shoot with several units going, I don’t think we ever had a failure. With the Alexa, Arri has totally upped their game, and the same major leap was taken by Codex. It was a completely different ballgame.”

Prior to Ant-Man, Carpenter, an Oscar winner for James Cameron’s Titanic in 1997, had taken a long break from the visual effects-heavy blockbusters he had done in the 1990s, like True Lies, Charlie’s Angels and Hard Target. Ant-Man provided the cinematographer with an opportunity to revisit the action genre while simultaneously tackling a range of unique photographic challenges.

Carpenter and director Peyton Reed were brought onto the project late after the original director-DP team dropped out, making every second precious. They thought carefully about aspect ratio during a compressed prep period. A widescreen 2.35:1 frame seemed right for a Marvel spectacle, but in the end they chose a 1.85:1 image give a little more top and bottom space to help communicate size relationships. 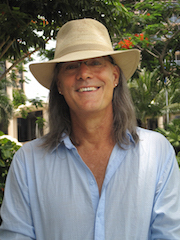 “We found that in the films in the past that didn’t cut the mustard, part of the reason was the inability to move the camera in a way that was convincing or involving,” says Carpenter. “So we looked to the commercial world, and found Rebecca Baehler, who works in tabletop and macro photography. She knows how to make things look like landscapes and she knows how to work quickly with small motion control rigs and other tools. I looked at her reel, and I thought it was fantastic.”

Carpenter points out that many Marvel films take place in fantastical environments. Ant-Man unfolds in more mundane locales – a living room or an office building, for example. Convincing CG and a seamless blend with the live-action elements would be crucial to success. Sometimes a bit of imperfection was introduced into the CG camera movement and framing to help sell the illusion.

Colors needed to have a lived-in quality. Ant-Man’s suit, for example, shows some wear and age. Locations in San Francisco and sets at Pinewood Studios in Atlanta, Georgia were similarly realistic.

“I did some tests and found that the LUT that Trent Opaloch used on Captain America: Winter Soldier gave the reds in the suit a muted, slightly old feel,” says Carpenter. “I made a couple of tweaks to that LUT to make sure the flesh tones were pleasing and the blacks were right, and it felt good to me. I knew I wanted to set exposure with room to move around if that was needed. The LUT gave me a safety net – I knew that if I needed to get something out, there’d still be information there.”

The cameras were Arri Alexa XTs along with an Alexa M, with Codex recording and media capturing Open Gate ArriRaw. The glass included a set of Panavision Primo V lenses, which are optimized for digital sensors, and Primo and Optimo zooms. Frazier lenses and Technik Skater Scopes were also essential to get the perspective of a half-inch-tall protagonist.

It was important to Carpenter that the image his collaborators were seeing had the full richness, rather than a Rec709 representation. Digilab – now part of Shed in Santa Monica – handled the data wrangling and dailies. Stephen Ceci of Shed worked closely with digital imaging technician Rafel Montoya and data management supervisor Kyle Spicer. 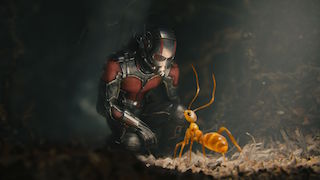 Codex Vaults were a key piece of the workflow, for data management and archiving. Marvel owns three Codex Vaults. Two Vaults were set up near the sets at Pinewood, along with 170 terabytes of storage. Initial color timing was done with a Colorfront system and a Dolby PRM-4200, a high-end, super accurate monitor. Everything was accessible online so that VFX, for example, could get quick turnarounds without waiting for LTO versions to be delivered to Technicolor. That additional efficiency was especially important given the truncated schedule.

Spicer would clean the metadata using an on-set Vault, making sure the scene and take info was correct and adding lens and other specs. Data from eight-terabyte Codex Transfer Drives was ingested to the SAN, and copied to LTO tape. Then production would get the green light to wipe and reuse the original Capture Drives.

High frame rates were an important part of the shoot, especially the macro photography. “We had an 18-terabyte day, my largest day ever, and we didn’t miss a beat,” says Ceci. “Data management is the concern – filmmakers want to know that their data is secure. If you can alleviate those concerns, with all the checks and balances in place, a DP and an editorial team can go back to shooting and creating the image. That’s the way it should be, and it seems like we’ve gotten away from that over the past 15 years.”

Ceci says that the macro footage on Ant-Man was amazing. “It was a lot of fun,” he says. “We processed the material much like any other, but you don’t work on a lot of shows with this amount of macro footage, with controlled rigs shooting high speed. Matching that to the main unit footage was a fun challenge.”

Looking back on the experience, Carpenter says, “Codex was reliable and invisible throughout. Between what our DIT and our loader were doing, I really didn’t have to pay much attention to the technical aspects.”

Ant-Man was released on July 17. According to Box Office Mojo, the film made enough money to cover its $130 million budget in the first six days of release.