Alchemy Provides Foley for The Bandit 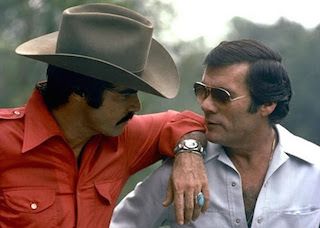 Alchemy Post Sound provided Foley services for The Bandit, director Jesse Moss’ exhilarating documentary about Burt Reynolds, the late director and stuntman Hal Needham and the making of the iconic 1977 action-comedy Smokey and the Bandit. Working under the direction of supervising sound editor/re-recording mixer Tom Paul, Foley artist Leslie Bloome and his crew recreated the sounds of brawling stuntmen, a rocket-propelled car and 100-foot body falls to accompany the film’s mind-blowing stunts and action scenes.

The Bandit made its world premiere to glowing reviews at this year’s SXSW Film Festival. Alchemy has collaborated with Paul on a numerous projects, including Cartel Land, Weiner and The E-Team. “Every time I book Leslie and his team on a show, I breathe a sigh of relief, because I know I've secured a solid element for my mix,” Paul says. “If my next thought about Foley is to push the fader up at the mix, I can trust that it will be just right. They are truly a well-oiled, and very experienced machine.” 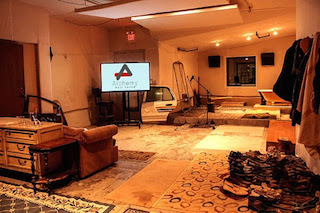 For most documentaries, Bloome aims to make the Foley effects as realistic as possible, and subtle enough to blend seamlessly with production sound. The subject matter of The Bandit, however, cried out for a bit more creative license.

“It’s a story about stuntmen,” notes Bloome. “It ought to sound bigger than life. There are moments where stuntmen are taking brutal hits and we thought, ‘Let’s make them a little harder than they would have been in real life.’ When stuntmen are flying through windows, it should sound painful. When a guy jumps off a building aiming for a horse…and misses, it’s got to hurt. We took it a little over the top.”

Bloome, who works his magic in a purpose-built Foley stage at Alchemy’s facility in New York, points to a scene depicting a classic Hal Needham stunt. Needham falls over the side of a hill, rolls down an embankment, drops into a river and floats away.

“That scene was all MOS,” he recalls. “We had to recreate each moment: breaking through the trees; rolling down the hill; rocks, sand, dirt and other debris; the big splash when he lands in the water; the water lapping against the body as it floats downstream.”

Bloome, recordist Ryan Collision and second Foley artist Jonathan Fang also recreated the sound of one of Needham’s most famous non-movie stunts: his 1979 attempt to break the sound barrier in a rocket-propelled car dubbed the H.M.I. Motivator. When braking, the car’s parachute failed to deploy, leaving Needham skittering across the mud lake desert at 350 mph. In this instance, the roar of the engine and the rush of the tires serve to underscore Needham’s outsized personality. “Imagine the adrenalin rush,” Bloome says. “It was awesome.”

Not all of the Foley work for the film was quite so raucous. Bloome also produced atmospheric elements for interview segments and archival scenes.  Those moments required a more nuanced sound treatment. “There’s a scene where Burt Reynolds is teaching an acting class,” he recalls. “And, there was a need for footsteps as the actors walk around the stage, but it couldn’t distract the audience. They need to sit deep in the mix, feel right and be in the right perspective. Creating perspective is a big part of our job. It’s about understanding mic placement and, on the engineering side, understanding how to blend mics.”

Paul says that Alchemy not only brought skill to the project, but also great taste. “They bring the invaluable ingredients of passion and true enthusiasm to every project,” Paul says. “That’s the creative genius of their work.”

The Bandit not only tells the tale of one of the most successful movies ever made, it also pays tribute to the bravado stuntmen like Needham brought to the screen in an era before digital effects. “It was a great film to work on, outright fun,” says Bloome. “Smokey and the Bandit was one of the movies I grew up with long before I knew what Foley was and to be walking footsteps for that film…that was excellent.”